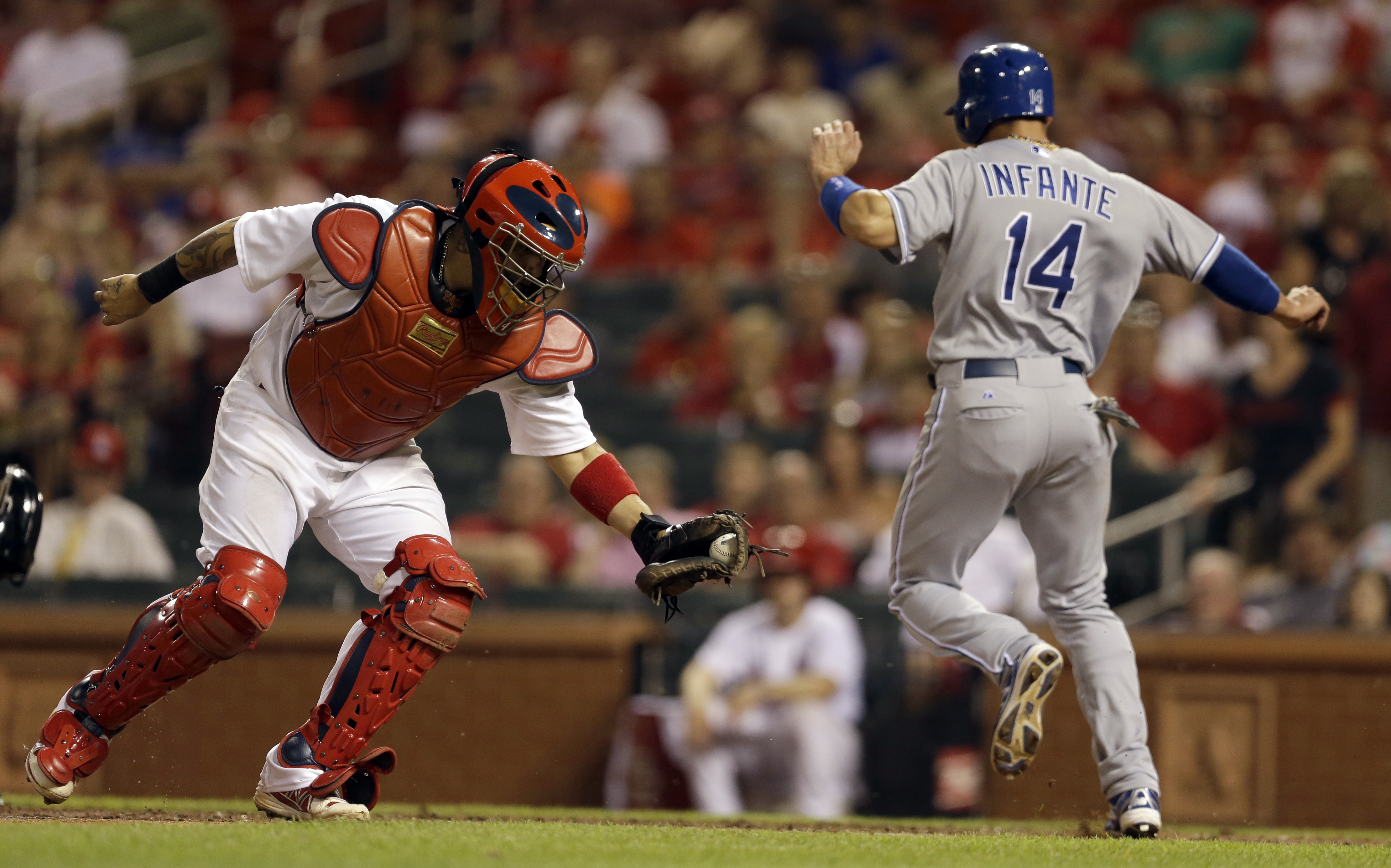 Rookie Kolten Wong’s first career home run was a grand slam in the second that ended the Cardinals’ 20-inning scoreless drought and gave them an early four-run cushion. The defending National League champions finished a dismal 2-7 homestand when their pitchers faltered.

Greg Holland worked the ninth for his 16th save in 17 chances.

The I-70 Series now shifts to Kansas City, with a 7:10pm first pitch on Wednesday night.  Pregame begins at 6:30 on NewsRadio 1350 KMAN from the Royals Radio Network.