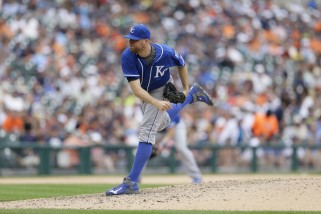 Kansas City Royals relief pitcher Wade Davis throws during the eighth inning of a baseball game against the Detroit Tigers in Detroit, Wednesday, June 18, 2014. The Royals won 2-1 with Omar Infante’s home run being the difference. The victory was Kansas City’s 10th in a row giving the Royals their longest winning streak since 1994 and extending their lead in the American League Central Division to a game and a half over the second place Tigers.

Wamego falls to Miege in 4A Championship 35-14