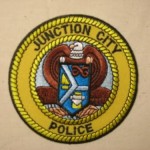 The Junction City Police Department issued a press release on Saturday, involving an incident that took place around 1:30 that morning.

Officers responded to the area of 24 Riley Manor, in reference to a disturbance.  While in route, a second call was receieved, requesting that an ambulance be dispatched to the same location for a person that had been run over by a truck.
A subject was found lying in the area of 24 Riley Manor, and was quickly transported by ambulance to Geary Community Hospital.  The individual received treatment, but later was pronounced deceased by hospital personnel.
The subject was identified as Cody Allen Martin (23) of Junction City.  An autopsy has been scheduled, and the incident remains under investigation.

Manhattan man dies in wrong way crash on I-70