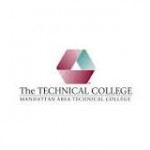 Manhattan Area Technical College’s President and CEO Dr. Robert J. (Rob) Edleston announced to his Board of Directors on Tuesday that he will enter into retirement on July 1, 2015, after serving in the office for more than a decade. Edleston is the senior technical college president and eighth most senior community college or university president of the 32 Regents institutions in Kansas.

Edleston spent twenty years in the U.S. Air Force retiring in the mid-1990s, spent almost ten years as middle management at Southeast Arkansas College before followed his heart and passion to Manhattan in November of 2004.
“This is the best job I have ever had, and Manhattan is a fantastic place to live,” said Edleston, who is the college’s first president and chief executive officer since the institution separated from USD 383 in 2004 and became a stand-alone accredited college. “I’m making this decision at a time when higher education is facing great change. This is an opportune moment for a new leader to help the Technical College prepare for its next great growth spurt.”
Edleston has helped usher the college through several phases of rapid transformation. He helped ensure the success of Manhattan Tech’s transition from what was often referred to as “the Vo-tech” to become a comprehensive community-based technical college, which is just short of becoming a full-fledged technical community college according to the president. During this same time, the College experienced a record 200 percent increase in enrollment going from 427 students to over 1200 students.
“I have learned that there is no end to the work of a president, no natural place where one can declare victory and close the book. This moment in the history of the College is a moment in which there are a multitude of new projects being guided by strong and trusted leaders. Our Board of Directors, academic and campus leaders, and community supporters have a firm grasp of what is required to achieve our strategic purpose. I am confident that we are on a trajectory such that these leaders and supporters will bring all our various projects to successful completion.”
Even with no state funding for major facility improvements or construction, Edleston was able to renovate almost every space on the campus over the ten years including five new buildings and a thirty acre training site for the electric power program. By the time he leaves, the HVAC and Welding Technology building will be in the midst of a major expansion and complete interior renovation.

To his credit, the College did not lose any employees, nor cut salaries, during the recent recession. Early on “Dr. Rob”, as his employees and students call him, pledged to improve working conditions and create a family first attitude on campus. As a result he was able to increase employee salaries every year except one during the recession. He helped the college double the number of employees including growing from three adjunct faculty to almost 40 part-timers, adding six new programs while simultaneously working on panels with two governors to bring reform to the Kansas two-year college sector, while serving as the president of the two-year college association for three terms.
His first task in 2004 was to create an entirely new set of  of policies and procedures based on a fledgling college’s needs. Over the years Edleston led the development of two strategic plans and two campus master plans, obtained the College’s initial regional accreditation and reaccreditation, conducted a
Community College transformation study and an economic impact study, rebranded the college, created a College mascot (Bodi the Bison), and formed the MATC Foundation. Dr. Rob also worked as a Peer Evaluator for the Higher Learning Commission and served on the American Association of Community
Colleges Workforce Council as an advisor.

Well known for his motto, “there is no such thing as an educational emergency” and his somewhat eccentric habit of singing or humming Christmas carols year round, he helped keep drama low and humor high. His weekend Blog /Memo, known as the “Blemo”, chronicles his ten years of activities and accomplishments at this small institution. According to Governor Sam Brownback, a conversation with Dr. Edleston planted the seed for what became Senate Bill 155, which allows high school students to get free technical training and enables the high schools to get bonuses for those certified graduates.
MATC, like many institutions, is searching for a new path forward at a time when traditional models of higher education are facing questions of sustainability and value. Online classes, industry partnerships and other efforts to attract new students – and revenue – are under development.
Edleston acknowledged that this work is likely to take years to come to fruition. “An entrepreneurial spirit is needed, and it needs to be embraced by all,” Edleston said. “It will be through a combined effort of all at Manhattan Area Technical College – board members, administration, staff, faculty and
alumni – that we successfully meet those challenges, overcome them and realize our potential. And that potential will be reached if we all work toward that goal together, and accept the fact that ‘business as usual’ will not be sufficient,” he said.
Edleston acknowledged that these are challenging times for most small colleges – and while MATC isn’t immune to these challenges. Edleston said, “I believe the college’s financial future can be strong. It will, however, require a charismatic leader who can rally more support from alumni, and area agencies who have the power and authority to embrace the value of having its own two-year college as an economic development tool, one which is worthy of the respect and admiration it truly deserves.”
Dr. Rob and his wife, Brenda, plan to buy a small ranch in the area, raise horses, and stay  involved with the college where possible.