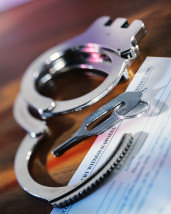 A Colorado man has been arrested by Riley County Police for rape and aggravated criminal sodomy charges.  William Nesbitt, 36, was taken into custody Thursday on West U.S. Highway 50 in Canon City, Colorado but is currently in RCPD custody.
According to Riley County Attorney Barry Wilkerson, Nesbitt will have his first appearance on Monday at the Riley County Courthouse. Bond was set at $500,000.