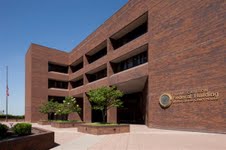 Tiara Jade Newman, 22, Topeka, pleaded guilty to one count of conspiracy to commit sex trafficking. In her plea, she admitted that on March 21, 2015, she and her husband, co-defendant Reginald Newman, 29, Topeka, Kan., took a 17-year-old girl from Topeka to Junction City, Kan., for the purpose of prostitution.

The Newmans rented two rooms at a Value Place motel in Junction City. The rooms — one room for performing commercial sex acts and the other where the three slept – were rented March 21 to March 25.

On March 21, Tiara Newman and the girl met a solder from Fort Riley at the Value Place motel. The soldier paid $250 to have sex with both of them.

Reginald Newman kept all the money from the commercial sex acts. He pleaded guilty and is set for sentencing April 1.