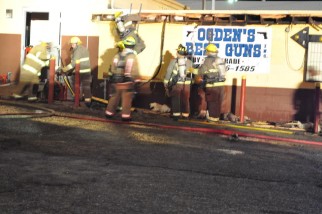 The state fire marshal  has been called in in to assist with the fire cause and origin. The original call was at 6:14 p.m. with Ogden firefighters on the scene at 6:22. Barry Arp is the owner.