After getting experience in leading Kansas’ 64th district in the House of Representatives, Susie Swanson decided two years was just not enough time to accomplish her goals. Swanson was elected to congress in the 2014 elections; and just over halfway through her term, she decided one more go-round would be a good idea.

“I certainly don’t have a desire to be a career politician, but I felt like another term just made sense,” Swanson said. “My desire, really, is influenced by being a grandmother and having seven grandkids who I hope will stay in Kansas.”

Before running for the House, Swanson worked in USD 379 Clay County and also worked in home care and hospice. 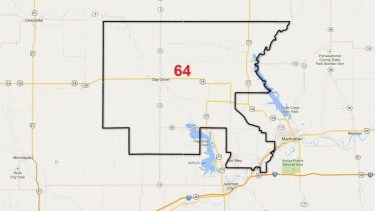 Swanson is preceded in her office by her husband, Vern Swanson. Susie won the republican primary in 2014 and ran unopposed in the general election. Swanson serves on the Corrections and Juvenile Justice Committee and most recently sponsored House Bill 2562, which can force parents to pay retroactive child support.