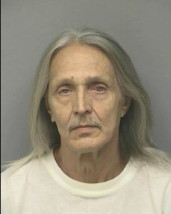 The man accused of shooting and killing a 21-year-old K-State Student made a court appearance on Tuesday.

Richard Smith made his way into the courtroom for a status hearing pertaining to charges of criminal possession of a firearm and drug possession.

It was learned that the case will move forward with a preliminary hearing on April 12th.

Smith is accused of the self-defense killing of Tyler Nelson in December 2015.

Nelson had mistakenly tried to enter Smith’s home, believing it to be his own.

The man shot Nelson as a result, but will not face manslaughter charges in the case.