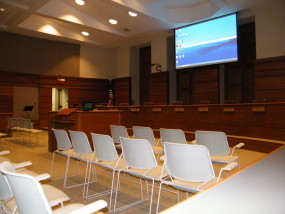 Areas impacted would include Thurston, Morro, Laramie, and Vattier Streets along with Bluemont avenue.

From neighborhoods being viewed only as “student rental” zones, to property upkeep – a variety of concerns had the public and some commissioners questioning the proposal.

Increased traffic near the school led commissioner Linda Morse to vote against a first reading of the rezoning ordinance.

Morse was joined by mayor pro temp Usha Reddi who argued that heavier traffic may be bad for “tiny kids” who make up a large portion of the increasing resident population near Bluemont school.

The school has seen an influx of students in kindergarten through third grades, with Reddi citing a potential redistricting as a reason for her caution.

The remaining commissioners held the votes to pass the reading.