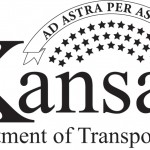 Update- 9:00 AM:
The road was closed for roughly two hours as emergency crews responded to the scene of the accident. The KHP released the names and status of the individuals involved Friday night.

The driver of a Honda Civic, named Rachel Ryan of Overland Park hit the bicyclist in the right southbound lane. The bicycle rider was Shem McConnel of Georgia, and he was taken to KU medical center for injuries.

Northbound/southbound K-177 at Scenic Overlook/Tutsbury Road in Riley County was closed at 5 p.m. Friday due to a bike/vehicle  crash.

Kimberly Qualls with the Kansas Department of Transportation indicates a notice will be sent out when the roadway is reopened to traffic.