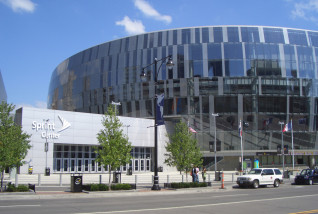 The Phillips 66 Men’s Basketball Tournament gets underway on Wednesday night in Kansas City, and K-State will lead off the action as they take on Oklahoma State in a 6pm tilt.

The Wildcats finished 16-15 overall, and their 5-13 conference mark puts them into the tournament as the #8 seed.  The Cowboys ended the regular season with a 12-19 mark, and won just three times in Big 12 action, making them the #9 seed.

K-State and Oklahoma State split their regular season series, with each team winning on it’s home court.  The Cats beat the Cowboys 89-73 in Manhattan on January 23, and the Pokes returned the favor in Stillwater three weeks later by a 58-55 count.

Tip off is set for 6pm Wednesday night.  The winner will advance to face top seeded Kansas on Thursday afternoon at 1:30pm