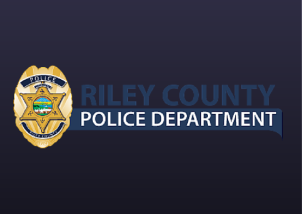 Detectives with the Riley County Police Department made an arrest in connection with the illegal distribution of narcotics in the Manhattan and Riley County areas Thursday at approximately 4:30 p.m. Police made this arrest after serving a search warrant in the 700 block of Zeandale Road outside of Manhattan.

He was given a total bond of $27,000 and at the time of this release was no longer confined at the Riley County Jail.

As a result of this search warrant detectives seized various prescription pills and other narcotic drugs as well a U.S. currency and a single firearm.

If you have information on the illegal distribution of narcotics in Manhattan or Riley County contact the Manhattan Riley County Crime Stoppers. Using this service allows you to remain anonymous and could qualify you for a cash reward of up to $1,000. Crime Stoppers can be reached by dialing 785-539-7777 or by using the “TipSubmit” mobile app on Android or iOS.

On Wednesday, the Junction City/Geary County Drug Operations Group executed a search warrant at 7130 Rockwood Dr. in Milford after a two week investigation into the distribution of marijuana, methamphetamine, cocaine, and prescription pills.

Katelin M. Silovsky, 20, also of Milford faces many of the same charges.