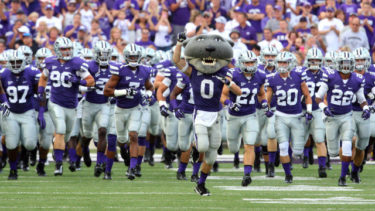 Kansas State football is set to take on a pair of Pac-12 Conference opponents, although the games may not be played until after teleportation and hover boards are invented.

In a letter to fans released Thursday, K-State athletic director John Currie announced the Wildcats will play home-and-home series with Washington State and former Big 12 rival Colorado in the 2026-29 seasons.

K-State is already scheduled to take on Stanford, Vanderbilt, Mississippi State and Arizona two times apiece over the next ten years.

As for the near-future, K-State will open its 2016 season on Sept. 2 at Stanford.