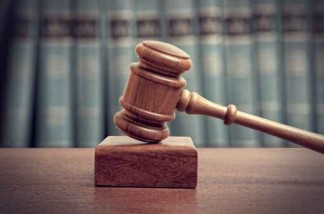 A Kansas man pleaded guilty Monday to six counts of exporting and attempting to export firearms illegally from the United States to individuals located in other countries, announced Assistant Attorney General Leslie R. Caldwell of the Justice Department’s Criminal Division and Acting U.S. Attorney Tom Beall of the District of Kansas.

“With a computer and an internet connection, Ryan hosted an international arms trafficking business on the dark web, peddling firearms and ammunition throughout the world,” said Assistant Attorney General Caldwell.  “Criminals of all stripes take advantage of technological advances to further their crimes and attempt to avoid identification and arrest.  In this case, thanks to the hard work of the prosecutors and law enforcement officers involved, we were able to shut down dangerous criminal activity and secure the defendant’s conviction – but we must remain vigilant to ensure that law enforcement retains the necessary capabilities to keep up with criminals.”

“The fact that international firearms trafficking has reached Kansas shows the power of the internet,” said Acting U.S. Attorney Beall.  “This prosecution shows our law enforcement efforts are working.”

In connection with his plea, Ryan admitted that he used a hidden internet marketplace website that sold illegal drugs and other illegal goods to unlawfully export or attempt to export firearms from the United States to Cork, Ireland; Pinner, England; Edinburgh, Scotland; Victoria, Australia; and Mallow, Ireland.

In his plea, he admitted unlawfully exporting or attempting to export to: