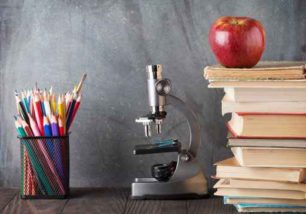 Student numbers appear to be up in at least three area school districts for the September 20th unofficial count date.

Manhattan/Ogden’s USD 383 total numbers were 6,233, up more than 200 from last year’s 6,020. Numbers were up at all levels–elementary, middle school, and the high school.

Pottawatomie County schools fared pretty well, with unofficial numbers in Wamego’s USD 320 showing an increase of 16 students, with 1,546 this year. Rock Creek’s USD 323 had about 1,050, which would be up 15-20 over last year.

Riley County’s USD 378 unofficially had a decrease in headcount of nearly a dozen–with 662 this year, compared to 673 last year. Blue Valley/Randolph’s USD 384 has a total number of 224, which is down nine youngsters in pre-k-12 but only one student for k-12.

With public school districts back on a per pupil funding formula, the September 20th numbers are significant, as next school year’s funding is dependent on this year’s count. USD 320 Supt. Kevin Logan reminds us students who are enrolled and have attended already this year but who were out sick on the September 20th count day can still be counted as long as they are back in class by October fourth.