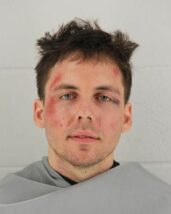 OVERLAND PARK, Kan. (AP) — A man has been charged with first-degree murder in the death of his sister in Overland Park.

Parker Mays, 27, of Lawrence, was charged Thursday in the death of 22-year-old Layne Mays. His is being held on $1 million bond. Police say Layne Mays’ mother found her body Tuesday in her parents’ Overland Park home. Police have not yet said how she died.

A Kansas State University spokeswoman said Layne Mays was enrolled there through the fall 2019 semester but was not enrolled for the upcoming spring semester. She studied animal science and rode with the school’s equestrian team.

Man charged in fire that killed 2 children, his girlfriend