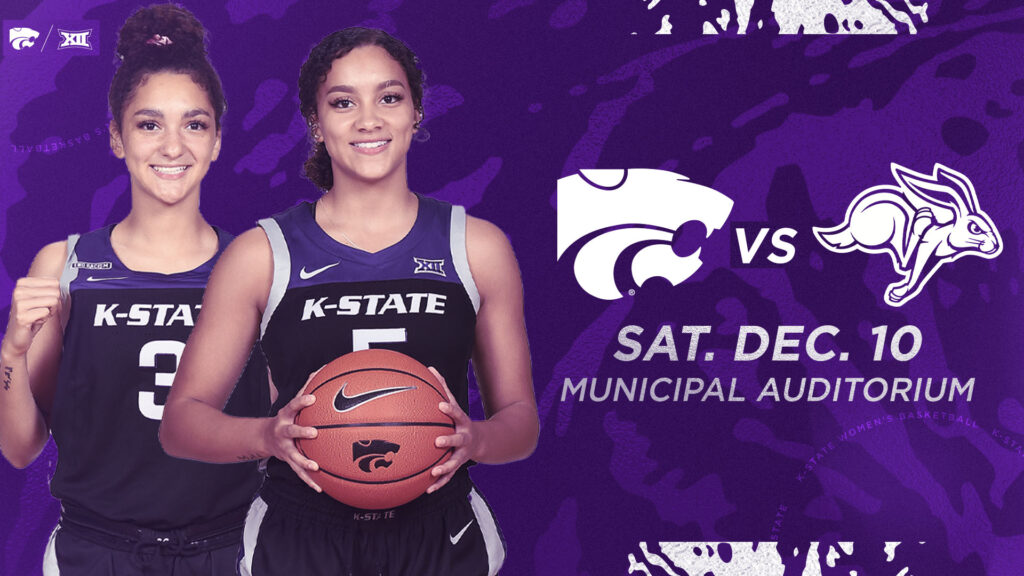 Tickets will be available for season ticket holders to purchase during the renewal process starting June 6. Tickets for K-State season ticket holders are priced at $12 for reserved and $8 for general admission. General public and K-State student tickets for this game go on sale later this fall. Tickets can be purchased at kstatesports.com/tickets or by calling (800) 221-2287.

K-State completed its 54th season of action in 2021-22 with a 20-13 overall record, its 17th NCAA Tournament appearance and advanced to the second round for the third time in four NCAA Tournament bids under head coach Jeff Mittie.

South Dakota State ended the 2021-22 season with a 29-9 overall record and a 17-1 mark in Summit League play. The Jackrabbits represented the Summit League in the 2022 Postseason WNIT and captured the title with an 82-50 win over Seton Hall in the championship game in Brookings.

The game in Kansas City joins the home match-up against Iowa on Thursday, November 17, at 8 p.m., which was announced last week, as part of the 2022-23 non-conference schedule for K-State.

The Wildcats will also take part in the 23rd edition of the 2022 U.S Virgin Islands Paradise Jam at the University of the Virgin Islands Sports and Fitness Center located in St. Thomas. The games will take place from November 24-26, 2022, with the games streamed on ESPN3.