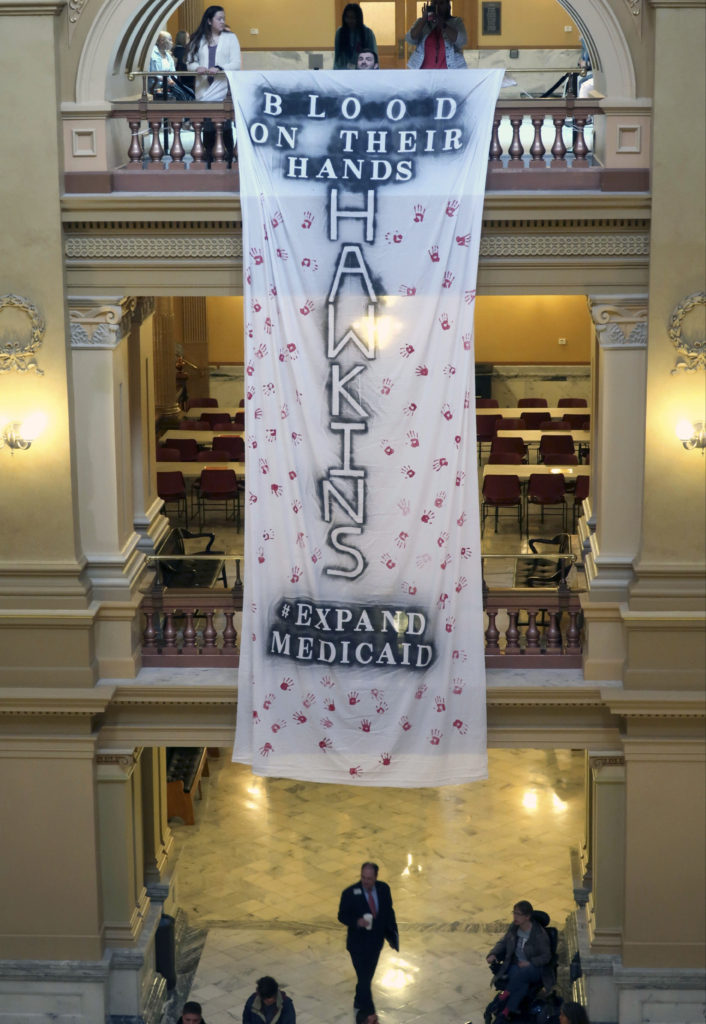 OVERLAND PARK — The ACLU of Kansas has filed a lawsuit on behalf of three Kansas State University students detained recently by Statehouse officials after unfurling large banners in the Capitol rotunda last week.

The students were protesting Republican legislative leaders that oppose Medicaid expansion by name saying they have “blood on their hands.” Students Jonathan Cole, Nate Faflick and Katie Sullivan were initially issued a one year ban from the Statehouse after they briefly hung the huge banners. A legislative policy requires protesters to obtain permission in advance to bring banners into the Statehouse. The ban was reportedly lifted the next day.

The students seek to engage in individual and three-person demonstrations without prior approval, to silently display signs expressing to opposition or support for pending legislation, and to ensure that neither they nor anyone else receives such a ban for doing so. The students argue in the lawsuit that “It is well-established that the suppression of speech, even for short periods, constitutes irreparable injury.”

The ACLU of Kansas says it’s arguing that the Statehouse should not impose arbitrary and unnecessary restrictions that suppress political expression. Interim Executive Director Lauren Bonds said in a release “by shutting down speech, the state is preventing our clients from being able to exercise their First Amendment right to petition their government.”

The full lawsuit is listed below.