You are at:Home»Local News»Animal control assisting Randolph pet owner who was caring for about 30 dogs 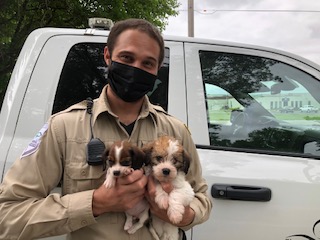 Some local pet control officers are working to help a Riley County pet owner get into compliance after about 30 terrier-mix dogs were found at a Randolph home earlier this week.

T. Russell Reitz Animal Control officers worked with the owner to surrender over five adult dogs and four puppies that needed immediate care. Those dogs are currently receiving medical treatment at the Manhattan shelter. Animal Shelter Director Deb Watkins say the owner was not intentionally breeding the animals and was trying to care for them, but became overwhelmed.

“The dogs were very well cared for, they all had lots of fresh water, food and we took him more food, They were his companions,” she said.

Work continues to get the owner to surrender the rest of the dogs and bring him into compliance with Riley County’s five dog ownership limit. Watkins says it’s unclear if the owner will be cited or face any legal action from the state or Riley County. 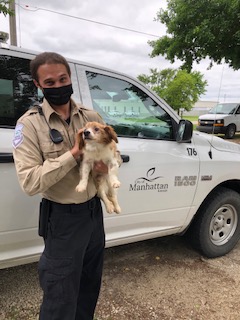 “He’s cooperating and we’ll help him to get those (dogs) spayed and neutered. We will be able to get them homes and get them adopted but they need a lot of medical treatment and that’s our focus right now,” she said.

At least one of the dogs, “Oliver” is a senior dog with health issues. Four puppies are five weeks old and will be ready for adoption in about four weeks. The mother dog and puppies are said to be doing well.

The dogs will eventually be posted on Petfinder.com when they are available for adoption.