You are at:Home»Local News»As building permits pick up, Pizza Hut planning to replace its Westloop location 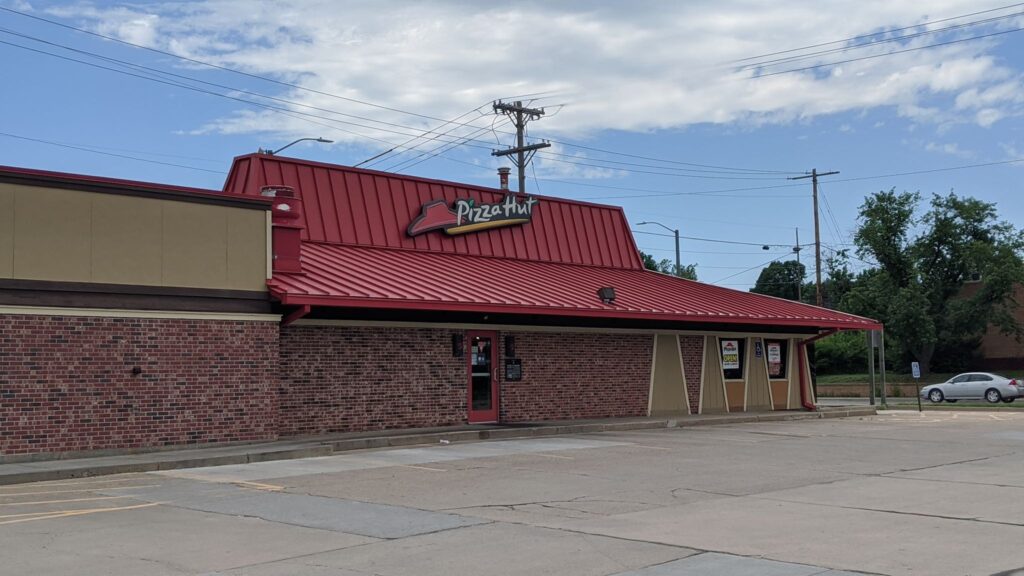 Pizza Hut, 2931 Claflin Road in the Westloop Shopping Center will close in September with a new store set to open which will be a delivery and carryout only location. (Photo by Sam Hennigh/KMAN)

Building permits have picked up over the last couple months in Manhattan, but still lag behind from where they were last year.

Valuations are significantly higher this year versus last year, driven largely by construction projects as a result of the USD 383 school bond. On KMAN’s In Focus Wednesday, Manhattan Fire Department Assistant Chief of Risk Reduction Ryan Courtright also discussed some projects that will greatly impact the Westloop Shopping Center, including a major renovation of the interior to the Dillon’s store.

“The estimated cost of the improvements is about $1.6 million. It’s certainly a significant improvement at the Westloop Dillon’s,” he said.

Much of the improvements will be to the store’s interior. Store officials have been planning the project for some time. Just north of the store, the neighboring Pizza Hut restaurant is soon planning to shut its doors to make way for a new store in the Candlewood Shopping Center at Kimball Ave. west of Seth Child.

“They’ve removed the paving, started the site utility work. That building permit, I don’t believe has been issued yet but will be pretty quickly,” Courtright said.

The project had to clear the Board of Zoning Appeals and should begin construction soon. A Pizza Hut official tells KMAN the Westloop location, which includes a dining room will close in September to make way for the new store which will only have delivery or carryout options.

Another project that recently wrapped up was the demolition of the former shopping center at 3003 Anderson Ave. which was heavily damaged during the 2018 Labor Day flood of Wildcat Creek. The site, which ones housed Goblin Games, a Chinese restaurant and more, was razed in late May after the building’s owner failed to bring the building into compliance with city building codes.  Courtright says the property remains a buildable lot, but is a challenging location since it is prone to flooding.

“There’s a significant amount of floodplain regulation that someone would have to overcome in order to put up a development back on that site. Especially if someone wanted to use the slab and foundation of the building that we tore down, the elevation is significantly lower than the flood elevations we’ve incurred down there,” he said.

The property will go up for sale at the end of June. Courtright says he’s unaware of any potential future development.