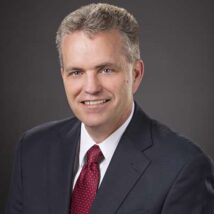 Ascension Via Christi Hospital has taken a large financial hit since the COVID-19 pandemic began earlier this year.

Bob Copple, Ascension Via Christi president, says this is largely due to the restrictions that were placed on elective procedures.
“March, April and May, we were losing $100,000-$200,000, sometimes more than that, a week at the hospital here in Manhattan,” Copple said. “In total through June, it was actually several million dollars that we were losing because of not having all the volumes and, for the most part, maintaining our expenses pretty much the same.”
He says one reason they have maintained their expenses is the decision by the Ascension healthcare system to continue paying all staff throughout the pandemic.
“We kept paying our staff throughout those time periods through June even though we didn’t have patient volumes to justify…there wasn’t really necessarily patients for them to see,” Copple said. “But we also knew that you get back to July, August and now into September, we’re going to have our normal patients come back and you have to have an intact team to be able to care for them.”
According to Copple, compared to this time last year, Ascension Via Christi’s emergency-room levels are down about 20 percent while surgery levels are down 14 to 16 percent.
He says that hospitals with financial stability will likely be fine, but rural hospitals, which were already struggling, are more likely to hurt as a result of the pandemic.
Speculation about hospitals reporting inaccurate COVID-19 case numbers
Despite speculation that some hospitals are reporting inaccurate COVID-19 case numbers in order to get more federal funding and reimbursement, Copple says he believes his hospital is accurately reporting case numbers and details.
“When you do that, it actually take a pretty concerted effort not only to misreport, but also to have all the supporting documentation that would support that,” Copple said. “My thought would be, and my personal experience has been, that our reporting has been pretty accurate about what people are actually seeing.”
According to Copple, hospitals report case details both on a daily basis and in retrospect.
He says eligibility for federal funds is based on minimum case numbers and that so far, Ascension Via Christi has not met those thresholds.
“The only facilities who would be getting some of those targeted funds from the federal government are in large metropolitan areas,” Copple said. “I don’t even know if any facility in Kansas has had enough COVID patients that they met some of those minimum volume standards because most of those start at 1,000 and up.”
Since March, Ascension Via Christi has had about 30 in-patients who were positive for COVID-19.
Share. Twitter Facebook Google+ Pinterest LinkedIn Tumblr Email