You are at:Home»Local News»Bill named for late Manhattan veteran will expand access to adaptive housing for wounded veterans 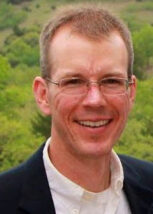 New federal legislation signed this weekend by President Donald Trump will allow certain disabled veterans to modify their homes to meet their physical needs. It bears the name of a late Manhattan veteran.
The legislation, entitled the Ryan Kules and Paul Benne Specially Adaptive Housing Improvement Act of 2019, will expand Specially Adapted Housing eligibility for blind and seriously injured veterans. It will double the maximum number of awarded grants from 3 to 6 per veteran and increase the number of authorized applications per fiscal year from 30 to 120.
It was introduced by Sen. Jerry Moran (R-Kan.) and Kyrsten Sinema (D-Ariz.) in July 2019 and passed the full Senate on March 26. The House of Representatives passed the bill July 21 and President Trump signed it into law Aug. 8.
The law is named for late Army Colonel Paul Benne, a Spring Hill native who made his home in Manhattan with his wife Christine, an active member of the Fort Riley-Central Kansas Chapter of the Association of the U.S. Army.
In 2013, Col. Benne developed a medical condition that led to his retirement from the Army after 23 years of service. He was rated 100 percent disabled at the time of his retirement. In 2016, he was fitted by the VA for a wheelchair and applied for an SAH grant as neither the Benne home or vehicle were equipped to accommodate his new wheelchair.
The other namesake is former Captain Ryan Kules, another Fort Riley soldier and double amputee, who used the SAH grant program and continues to advocate for disabled veterans.
Share. Twitter Facebook Google+ Pinterest LinkedIn Tumblr Email