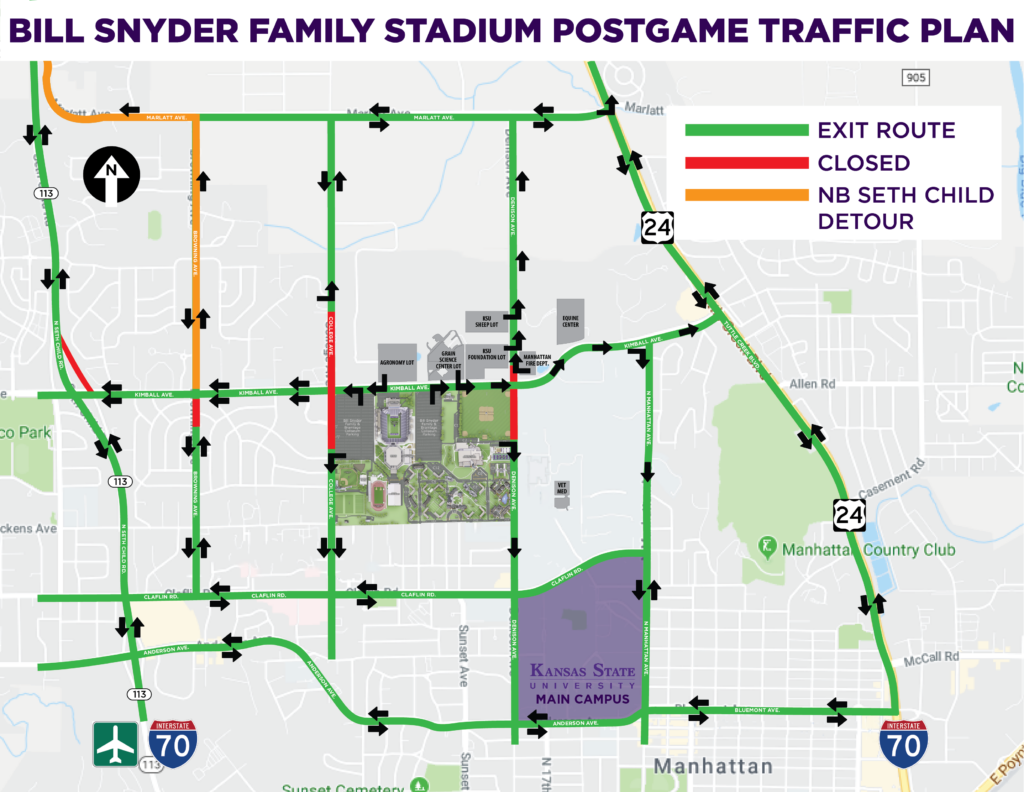 Traffic could be a major concern for fans returning to Manhattan for K-State’s home opener.

Two current road projects in the city could cause congestion on gamedays this fall, especially with near capacity crowds expected following limitations last year due to COVID-19.

West of the stadium, reconstruction of Kimball Avenue between Candlewood Drive and Seth Child Road has reduced traffic on Kimball to two lanes head-to-head. In addition the southbound exit onto Kimball from Seth Child remains closed. Fans driving from the north are asked to continue south to Claflin Road before exiting Seth Child and utilize College Avenue to the stadium.

After the game, law enforcement will divert eastbound Kimball Ave. traffic for a short time to allow exiting football traffic to utilize both lanes through the construction zone onto Scenic Drive out to K-18 and I-70. Also, because the northbound entrance ramp to Seth Child is closed, traffic wishing to go northbound will be diverted at Browning Avenue to Marlatt Avenue, then west to Seth Child.

City officials say this portion of construction on Kimball should wrap up by mid-October.

The other major construction currently in progress is the Wildcat Creek bridge replacement project on Fort Riley Boulevard (K-18) near the intersection of Richards Drive which has reduced traffic to two lanes head-to-head in that area. The project is expected to be completed in mid-November.