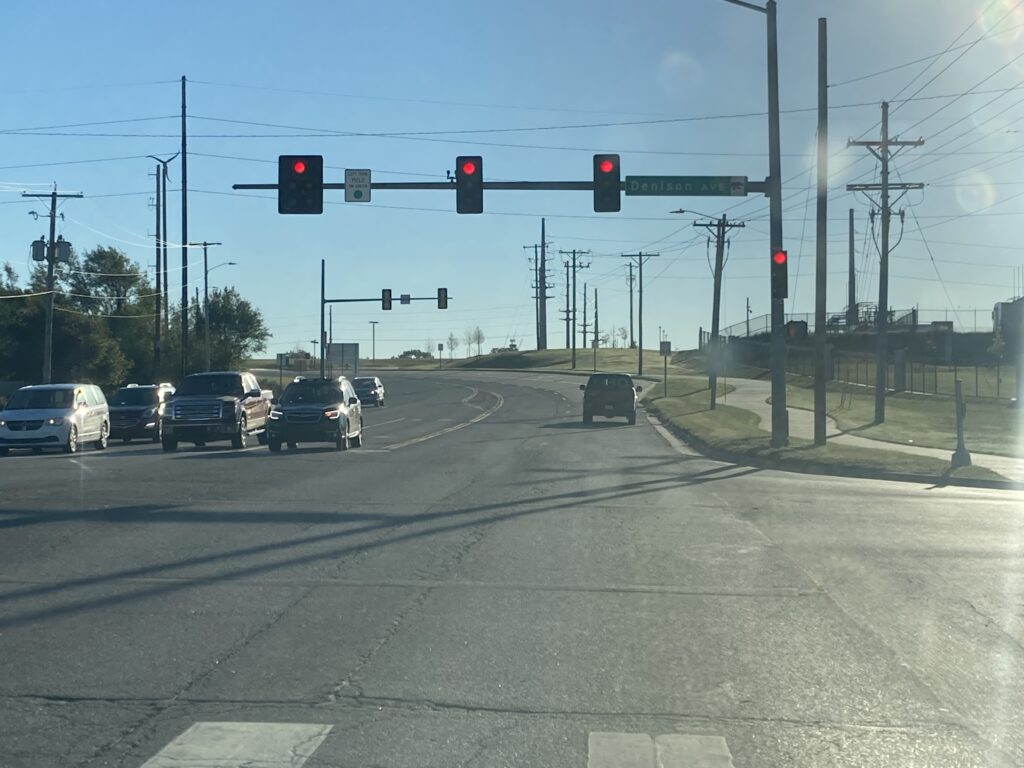 Kimball Ave. will be shut down later this fall between the Denison Ave. intersection (seen here) and North Manhattan Ave. as crews begin the next phase of the North Campus Corridor project. (Brandon Peoples/KMAN)

Construction in Manhattan’s North Campus Corridor along Kimball Ave. will soon move into its next phase.

City officials gave the green light Tuesday night to award a $4 million grant funded contract to Bayer Construction for the redevelopment of Kimball where it curves around the NBAF campus. City Manager Ron Fehr says some of the associated construction costs weren’t eligible under the grant.

A timeline for construction is unknown at this point but will likely begin toward the end of October. That will require a full closure of Kimball between North Manhattan and Denison Ave. to allow crews full access to the site and not have to work under traffic conditions.

Mayor Wynn Butler says closing the road not only saves on the total project costs but should also allow crews to be more efficient.

Traffic will likely be impacted for some of K-State’s home football schedule in late October and November.

City officials hope to have construction further west near the Candlewood Shopping Center wrapped up before starting the next phase. The Fort Riley Blvd. bridge project is anticipated for completion in November.

The city hopes to the upcoming phase along Kimball completed in time for the 2022 football season.