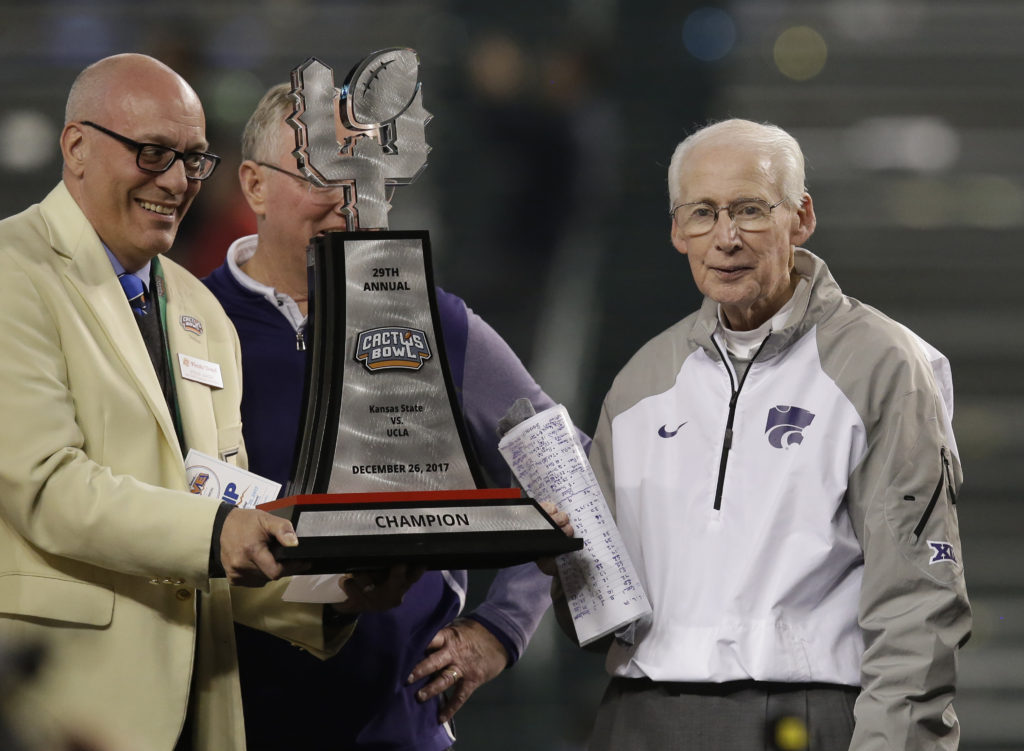 Wildcats outscore Bruins 28-0 in the second half

Then, a Kansas State quarterback stole the spotlight. And it wasn’t Skylar Thompson.

Behind Alex Delton’s dual-threat ability, K-State used a dominant second half to top the Bruins 35-17 at Chase Field and finish the season 8-5.

Delton rushed for 158 yards and three touchdowns in the game, setting a new school record in a bowl game by a quarterback. 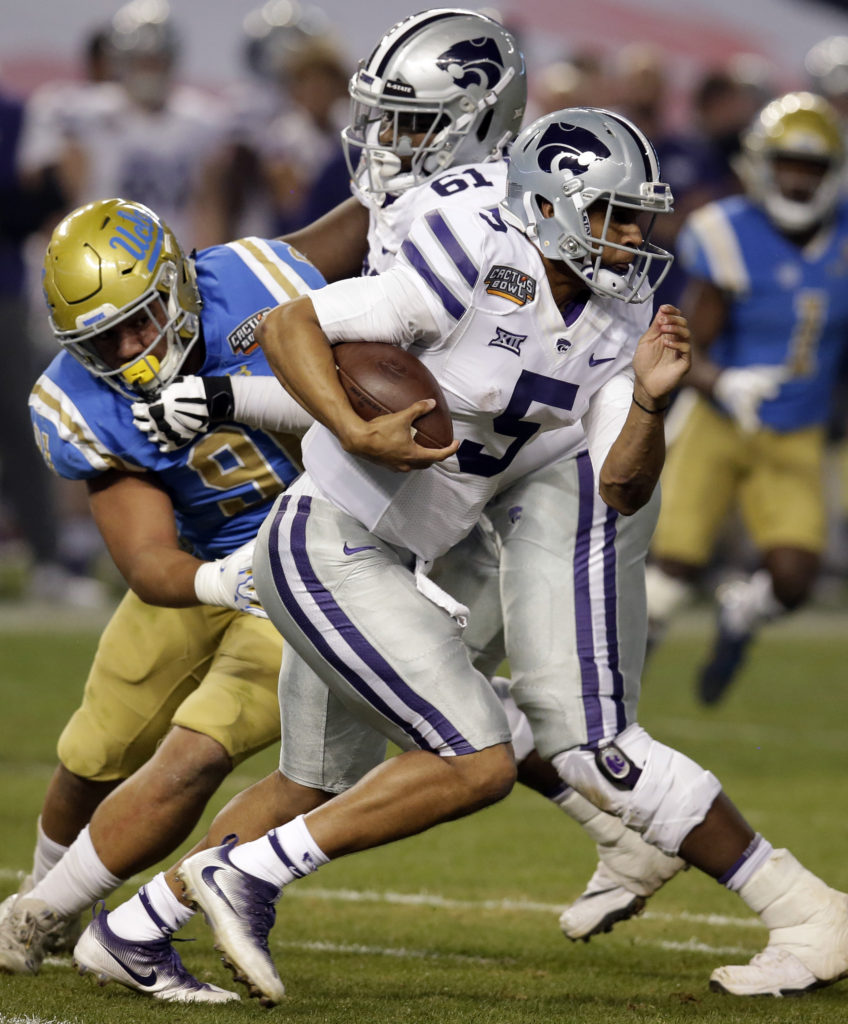 Kansas State quarterback Alex Delton (5) runs for a touchdown against UCLA in the first half during an NCAA college football Cactus Bowl game, Tuesday, Dec. 26, 2017, in Phoenix. (AP Photo/Rick Scuteri)

Thompson started the game, but only played two series. It was soon clear that Delton’s legs would need to be the difference-maker for the Wildcats. They were.

UCLA’s Devon Modster was excellent in the first half, torching the K-State secondary for a pair of long touchdown passes. The Bruins led 17-7 at halftime.

The second half was a complete reversal, however. UCLA’s offense stayed on the sideline as Delton and Alex Barnes carried the Wildcats down the field. K-State took the lead for good on an 8-yard pass from Delton to Dominique Heath with 4:22 left in the third quarter.

Defensively, the biggest play of the game came on UCLA’s second drive of the third quarter. Denzel Goolsby forced a fumble in Bruin territory. The touchdown pass to Heath happened a few minutes later.

Delton and Goolsby were named the offensive and defensive MVPs of the game, respectively.

UCLA (6-7) had the ball for only ten minutes in the second half.

The victory marked K-State’s second straight bowl win. That had not happened since 1999-2000, when the Wildcats won the Holiday Bowl and Cotton Bowl in successive years.