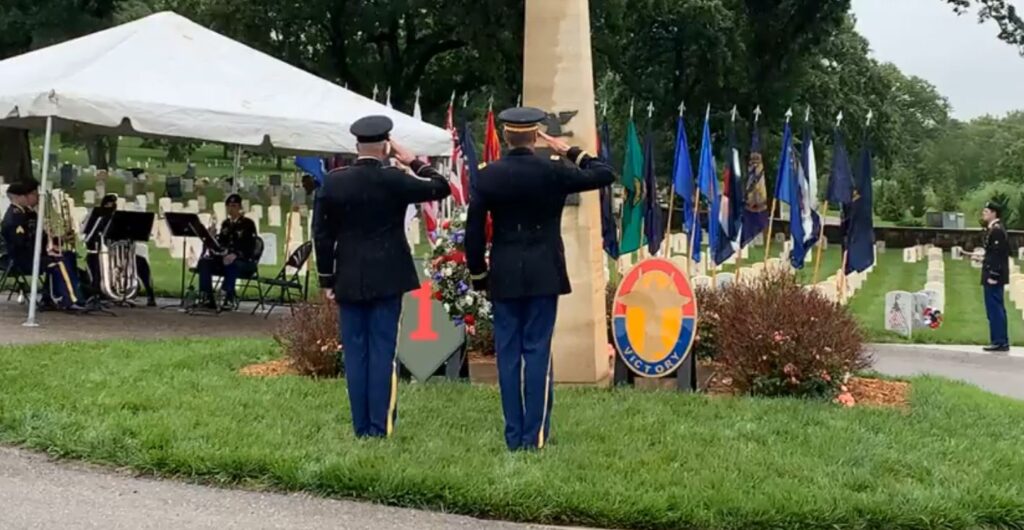 Leading the ceremony was Garrison Commander Col. Will McKannay

McKannay also spoke about the Army’s continued response to challenges both foreign and domestic, noting 2020 as a prime example of the Big Red One’s response to the pandemic.

Sen. Roger Marshall also was a guest of honor Monday. He highlighted legislation passed by Congress this past winter that will see the names of 660 fallen soldiers from the post since 1995 added to the 1st Infantry Division memorial in Washington, D.C.

Marshall wrapped up his speech thanking the men and women of the military and spoke to the reason Americans pay respect on this day of remembrance.

An archived live stream of the ceremony can be found on the Fort Riley Facebook page, shared below.