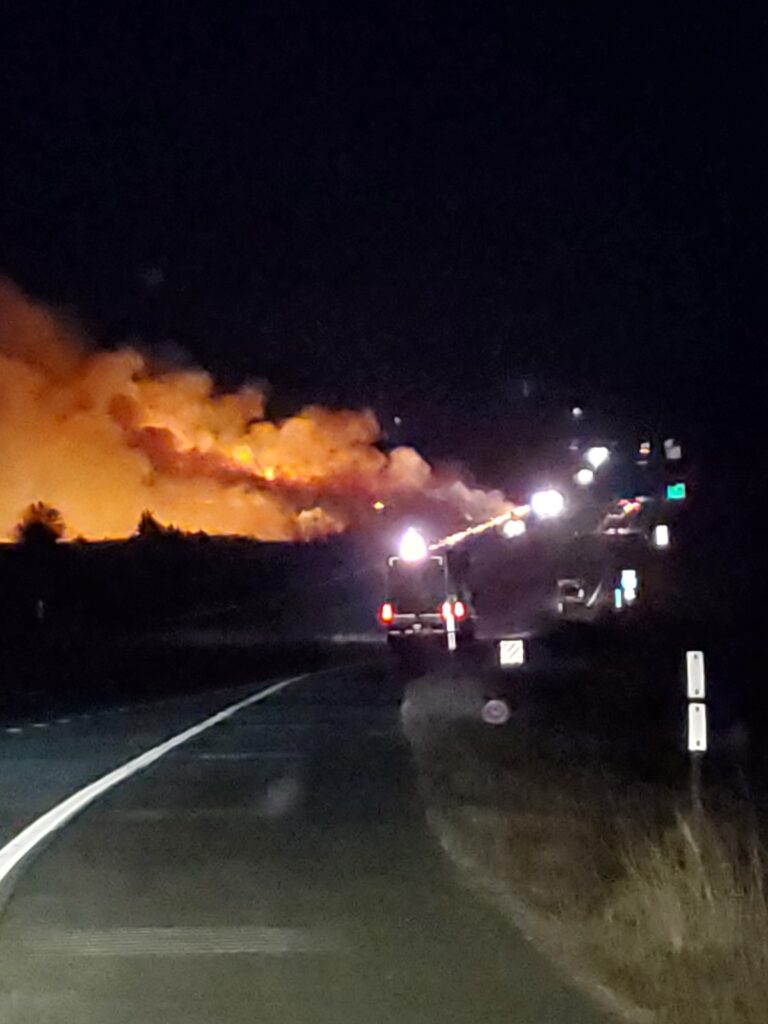 Riley County firefighters had their hands full Tuesday with as a grass fire burned nearly 800 acres according to Emergency Management Director Pat Collins.

Collins says the cause of the fire is unknown but believed to have started on the Konza Prairie near I-70 in Geary County around 3 p.m. It eventually crossed into Riley County. It took close to five hours to bring the fire under control.

Collins tells KMAN there were about 20 trucks and some 30 to 45 firefighters from both counties as well as members of the Konza Prairie Research Department.

No injuries were reported.

A few other minor grass fires were reported north of Manhattan Tuesday as well as a vehicle arson. Collins says the dry conditions continue to favor high fire danger in the area.