You are at:Home»Local News»Harris convicted in fatal 2017 shooting north of Manhattan 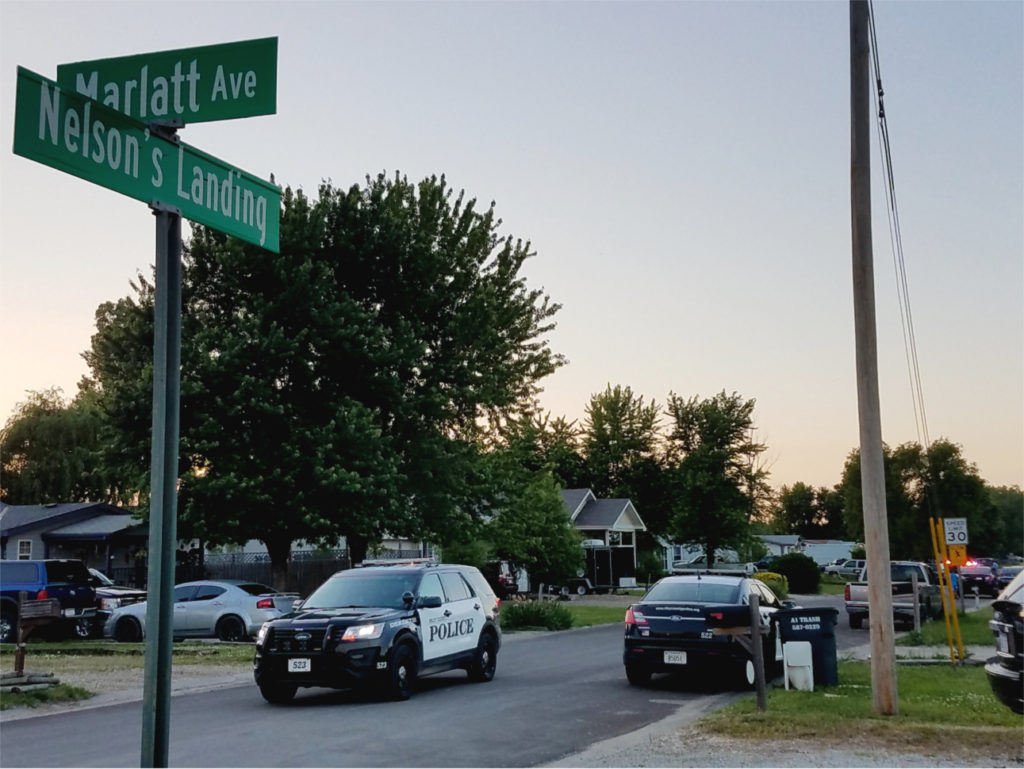 Riley County Police Department officers tend to the scene May 21, 2017, in Manhattan near the intersection of Marlatt Avenue and Nelson’s Landing. Two men were shot Sunday evening in the 2800 block of Nelson’s Landing. One was found dead at the scene, the other is expected to survive. (Staff photo by Brady Bauman)

Jurors reached a verdict in a May 2017 murder case Thursday inside the Riley County District Courthouse, according to media reports.

Harris is also charged in the shooting of another man, Adrian Ortega, critically wounding him. Ortega survived.

A sentencing date has been set for Aug. 27.

Harris could face up to 51.5 years for the second degree murder conviction and another 5 to 6 years on the other two charges.