You are at:Home»Local News»Hundreds evacuated Tuesday after gas line ruptured near downtown Manhattan 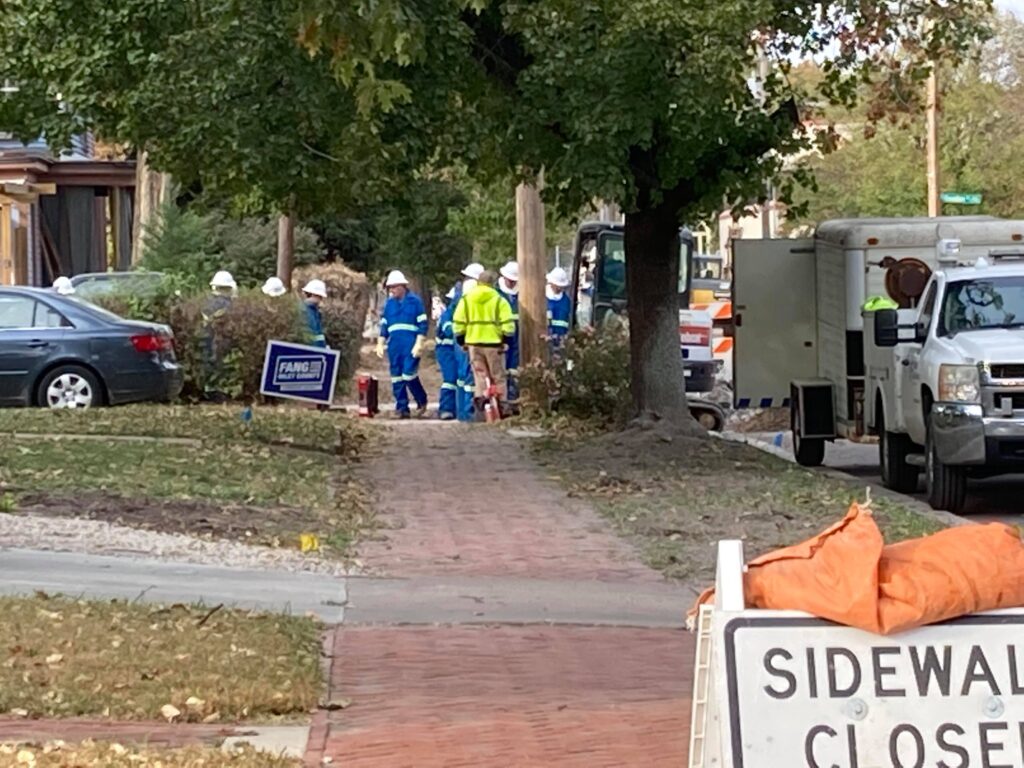 Hundreds of people had to be evacuated Tuesday from the Manhattan Public Library and several nearby homes after a gas main was struck by storm water construction crews in the area of 6th and Houston Street near downtown.

The incident kept a portion of Poyntz Ave. closed for several hours and forced the library and others to close for the remainder of the day. According to city officials, the line was struck sometime around 2:30 p.m. however it wasn’t until after 6 p.m. that Kansas Gas was able to shut off the gas main. No injuries were reported as a result.

Residents who live in the area were given the all clear shortly before 9:30 p.m.

It’s the second time in two days the library has dealt with service interruptions. It was closed Monday also due to having its water shut off to aid in the storm sewer project. The library says it planned to be open 10 a.m. to 7 p.m. Wednesday.