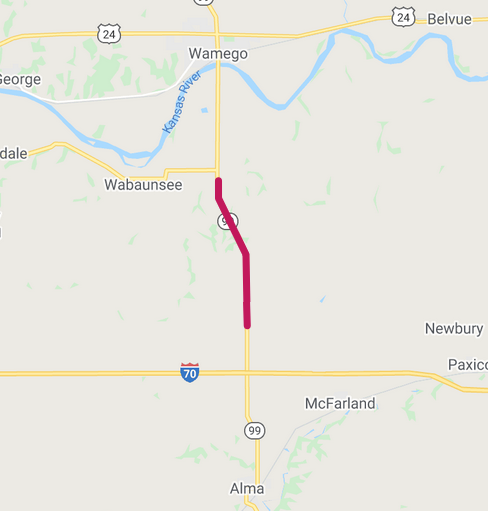 A portion of K-99 in Wabaunsee County, south of Wamego will see a $12.6 million reconstruction and realignment project beginning on Monday, weather permitting.

According to the Kansas Department of Transportation, the project will start two miles north of Interstate 70, ending just south of K-18. Phase one of the project will last through July. Traffic will continue to use existing K-99 and the speed limit will be reduced to 50 mph in the first half of phase one with speeds reduced even further in the second half of phase one.

Phase two of the project will see traffic controlled by a flagging operation or temporary signal. The total project is estimated to finish in summer 2022. Minimal delays are expected during the duration of the project.

Ebert Construction of Wamego is the contractor

KDOT urges all motorists to be alert and obey warning signs when approaching and driving through a work zone..