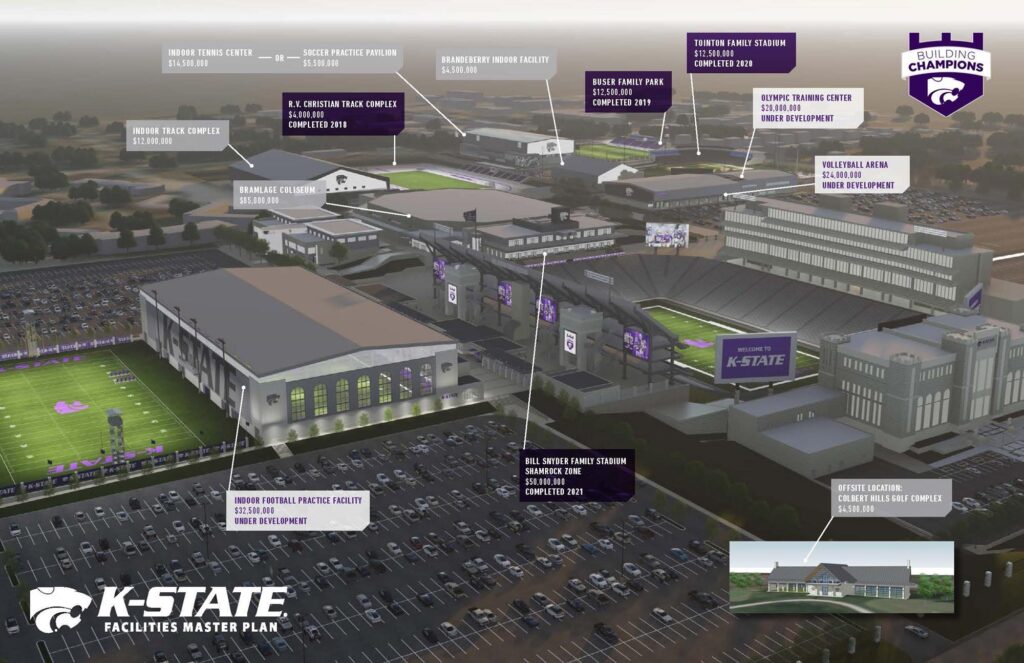 K-State Athletics has announced the next phase of its Building Champions initiative to improve athletics facilities.

The next phase, pending approval from the Kansas Board of Regents this week, will see the construction of a new volleyball arena, Olympic performance center and an indoor football training facility. It was announced during Saturday’s football home opener vs. Southern Illinois.

The athletic department has raised $96.5 million of the roughly $126.5 million cost to begin construction on the new facilities, which includes the newly opened $50 million Shamrock Zone at Bill Snyder Family Stadium.

The new indoor football center will also include an accompanying outdoor practice field, all of which will be built on the east side of the football stadium.

The new volleyball arena will provide a more intimate setting for K-State volleyball matches and a seating capacity of approximately 3,500. It will be located west of Bramlage Coliseum and north of Tointon Family Stadium. Attached to it will be the new Olympic performance center.

Construction on these facilities will begin in early 2022 and be completed by fall 2023.