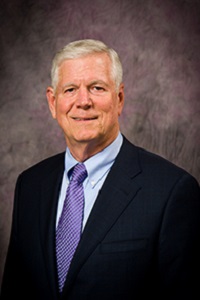 K-State President Richard Myers says he’s asked administrators to fast-track actions to combat racism and bigotry and other forms of social injustice. Details on those action plans could be released later this week.

In a letter penned Monday, Myers apologized for the actions of Jaden McNeil, the self-described founder of conservative group America First Students, which K-State says is not currently registered on campus because of a lack of membership.

Myers says he had heard from hundreds, if not thousands, of K-Staters concerned about a swath of issues surrounding Black Lives Matter and the recent outrage after McNeil made an offensive tweet, mocking the death of George Floyd last Friday. Several K-State athletes have since vowed to not participate in “all athletic related events” unless the university takes action.

Myers says a number of students, faculty, staff and alumni have expressed hurt or embarrassment and are rightly calling for social justice and demanding change. He says K-State supports these demands and believes actions are needed, but did not elaborate on what those actions may be. He says “when society cries out for justice, we must listen and proceed in making changes within the limits of the law.”

A student led protest against racism is planned Saturday, July 4th at 4 p.m. from Triangle Park to President Myers House. It will include guest speakers from faculty, students and student athletes.

Myers says the students have his full support and he vowed to join those protests, to amplify the voices of those marginalized or most vulnerable.

The full letter is below.

This week I have heard from hundreds, if not thousands, of K-Staters who are concerned about a range of issues surrounding Black Lives Matter and the recent outrage over racist tweets. Their messages have one common theme: They want to eliminate the hurtful and hateful speech on our campuses.

Many perspectives have come forward, and not all are in alignment. This reminds me that we’re still continuing on a long journey that started in 1863 when our university was founded during the Civil War. Kansas began as a free state, a distinction that carries enormous weight. While it may seem like ancient history, the vestiges of that struggle remain in our country today. The Black Lives Matter movement tells us there is still much work to be done to remove the stain of racism.

Democracy is a messy system devised by humans who all have imperfections. Many times the answers or decisions we have to live with are also imperfect. What’s happening around us now feels like one of those times. Recent events highlight a fundamental tension in our society. On one hand, we are one of only a few countries that allow citizens the freedom to peacefully protest against their government. Because of that freedom, on the other hand, we sometimes have to hear thoughts or ideas that are not only abhorrent, but may cause people to fear for their personal safety.

When I was in Vietnam as an Air Force fighter pilot, I had sworn to support and defend our Constitution, including the freedom of expression. While I was fighting in the air over Southeast Asia, there were those back home protesting the war and calling our servicemen and servicewomen vile names. Of course, I didn’t agree with their hurtful statements, but I did agree to risk my life and die if necessary for their freedoms.

Students, faculty, staff and alumni who are badly hurt or embarrassed for our university are rightly calling for social justice and demanding change. The university supports these demands and believes actions are needed. When society cries out for justice, we must listen and proceed in making changes within the limits of the law.

Universities have always been places where controversial ideas can be widely shared and discussed. Our goal, embedded in our Principles of Community, is that this discourse be civil, with participants being treated with dignity and respect. We want every student on our campuses, as well as all faculty and staff, to know they are safe and to be treated with respect and common decency. These have been our values since our founding. There is no place on our campuses for racism, hate and bigotry.

Many ask: What can we do? They say we need more than words — we need action.

What we can do is rise up in peaceful protest and let those who spew hatred and bigotry know that we have an even stronger voice. As your president, I’m willing to join these protests and amplify your voices, particularly for those individuals from marginalized populations who are the most vulnerable in these situations.

I’ve asked our administration to fast-track action plans to combat racism and bigotry and other forms of social injustice. We’ll talk about these action plans in K-State Today later this week. We’ll make every effort to make sure everyone’s voice is heard as we address these very serious concerns.

I am sorry these incidents have caused our K-State family great pain and for some to fear for their personal safety. We pledge to work together to protect the well-being of everyone as we strive to eliminate racism, hatred and bigotry on our campuses.