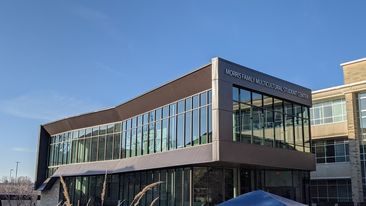 K-State President Richard Myers, in a written statement Monday said “While we can’t predict or control the outcome of this trial, we can determine our response to the jury’s decision.” He’s called for a thoughtful, peaceful reaction, regardless of opinions.

Four counseling sessions are scheduled Friday from 4 to 5 p.m. and then Monday through Wednesday next week from 2 to 5 p.m. inside the Morris Family Multicultural Student Center.

A vigil and moment of silence will take place Friday at 3 p.m. in the Ray Dempsey Plaza outside the center.

A Minnesota jury found Chauvin guilty on all charges Tuesday, which included second-degree unintentional and third degree murder as well as second-degree manslaughter charges, in the killing of George Floyd last May. Chauvin could be seen in a cell phone video kneeling on Floyd’s neck for over nine minutes.

The incident sparked protests across the country, including Manhattan where more than 2,000, including members of the Riley County Police Department stood in solidarity with protesters.