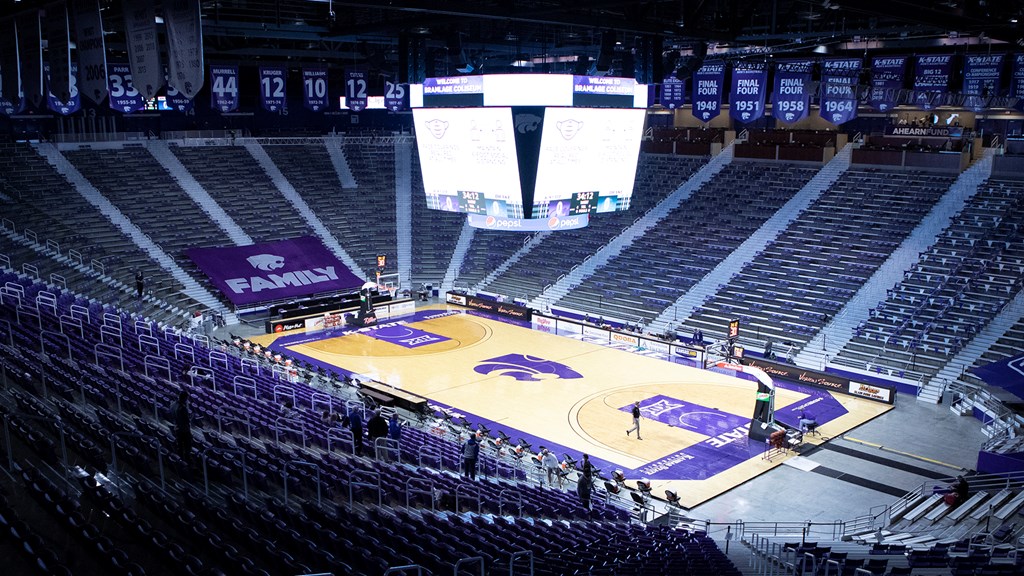 The Kansas State Women’s Basketball team announced Wednesday that they will be pausing all activities following the most recent COVID-19 test results and contact tracing procedures.

According to the Manhattan Mercury’s Tyler Kraft, Head coach Jeff Mittie confirmed that the positive tests are currently limited to just players and that no coaches have tested positive.

On December 26, the team initially found at least one positive test when it returned from its Christmas break, according to Mittie. The team then tested again Wednesday morning, with Mittie being notified of more positive cases at 11:30 a.m.

As a result, K-State’s upcoming games at Oklahoma on Saturday, January 2, and the home game on Tuesday, January 5, against West Virginia, have been postponed. The Big 12 Conference will work with the three programs to reschedule the games for later in the season.

The Wildcats last took the court against Texas in Manhattan on Dec. 21.

The K-State Women’s Basketball team currently sits at 5-4 (0-2) on the season and, as of Wednesday, is slated to play Baylor on Jan. 10.