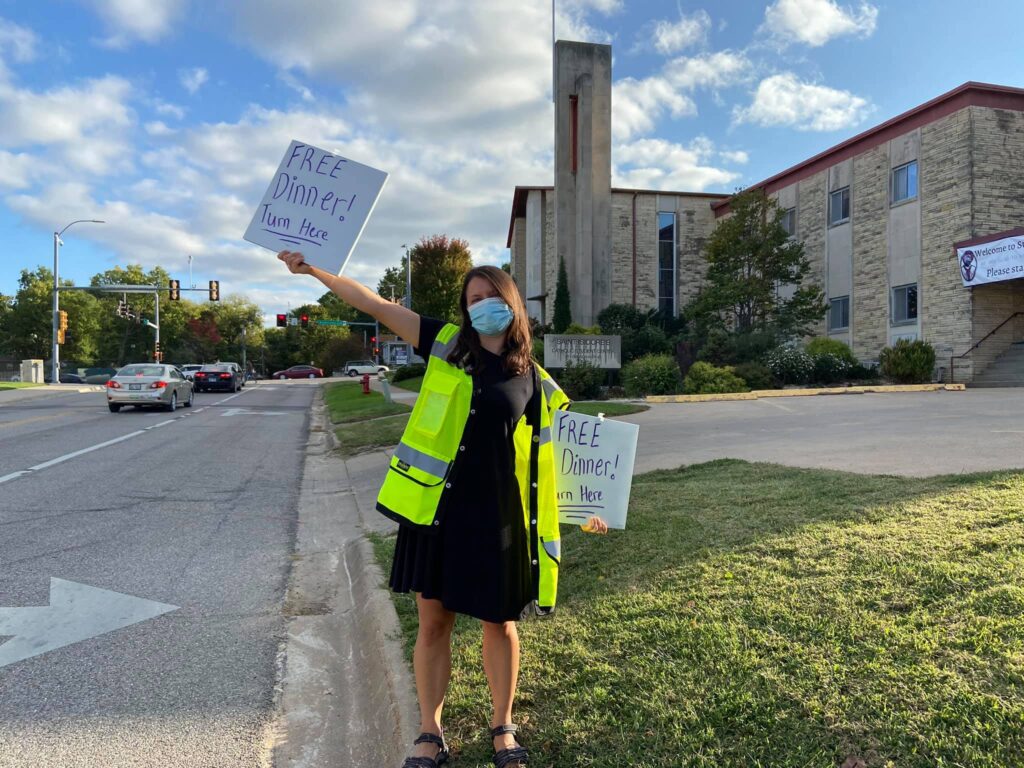 St Isidore’s Catholic Church and Riley County’s Food and Farm Council have been working together to provide affordable meals to K-State students.

The Konza Student Table provides a free meal every Wednesday to students. Father Gale Hammerschmidt says he has been amazed at how well the event has been received by students, since they began this endeavor in early September.

Hammerschmidt says the first week they had some meals left over, but the past two weeks have been wiped clean. They originally made 300 meals per week, but have now had to increase to 400. He says it’s their goal to run out of food.

Lacy’s Fresh Fare and Catering has been providing the free meals each week. This allows student volunteers enrolled in a catering course at K-State to have an opportunity to cook and package large amounts of food and for a good cause.

Food and Farm Council Coordinator Vickie James says they were nervous the first week if students would even come.

James says helping with this program has been the most exciting part of each week for her.

Free meals are served every Wednesday at 5:30 p.m. outside St. Isidore’s located at Denison and Anderson Ave.