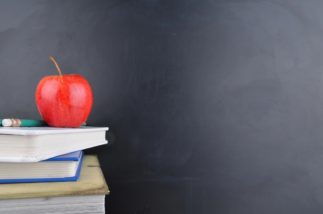 MANHATTAN — As the 2019 legislative session draws to a close, lawmakers in the House continue to come up with alternatives to a school funding Senate bill endorsed by Governor Laura Kelly.

On KMAN’s In Focus Wednesday, USD 383 Manhattan/Ogden Assistant Superintendent Eric Reid says that solution probably is enough to satisfy the Supreme Court. Time is ticking, with lawmakers set to adjourn on a three-week break on Friday.
Reid solution there
Meanwhile the House has been offering up alternative plans from GOP leadership, including one that according to the Topeka Capital-Journal, would commit $126 million in new money over to several years to schools and would place $240 million in escrow for use by public education if the Supreme Court determined that extra amount necessary. It counters the Senate plan, endorsed by Gov. Kelly that would inject $360 million to public education over four years.
The Supreme Court is awaiting response by the 2019 Legislature and governor to come up with a plan. Oral arguments are scheduled to begin in May on the fix approved by lawmakers. The Kansas attorney general’s office will represent the state.
School districts are eagerly anticipating the decision as well. Budgets for the school year have to be turned in by August 15, putting extra pressure on school officials as they seek to recruit new employees into their districts, with an unknown amount of funds they’ll have available. On KMAN’s In Focus last week, USD 378 Riley County Superintendent Cliff Williams said he felt the issue should have already been resolved by now.
cliff williams 2

Burton says it could be June or July before school districts have any knowledge of just how much funding to expect next year.