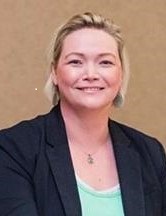 A new candidate has filed for a position on the Manhattan City Commission.

The Riley County Clerk’s Office says Monica Macfarlane filed the necessary paperwork for the upcoming election. Macfarlane is employed at Kansas State University as an Assistant Graduate Program Coordinator in the Department of Grain Science and Industry.

She becomes the second candidate to file for the 2021 city election. Incumbent Aaron Estabrook filed for re-election at the end of March. He won a 2-year term on the commission in 2019.

Two other seats will be up for grabs this year including those currently held by Mayor Wynn Butler and commissioner Usha Reddi. Neither commissioner has yet filed for re-election.