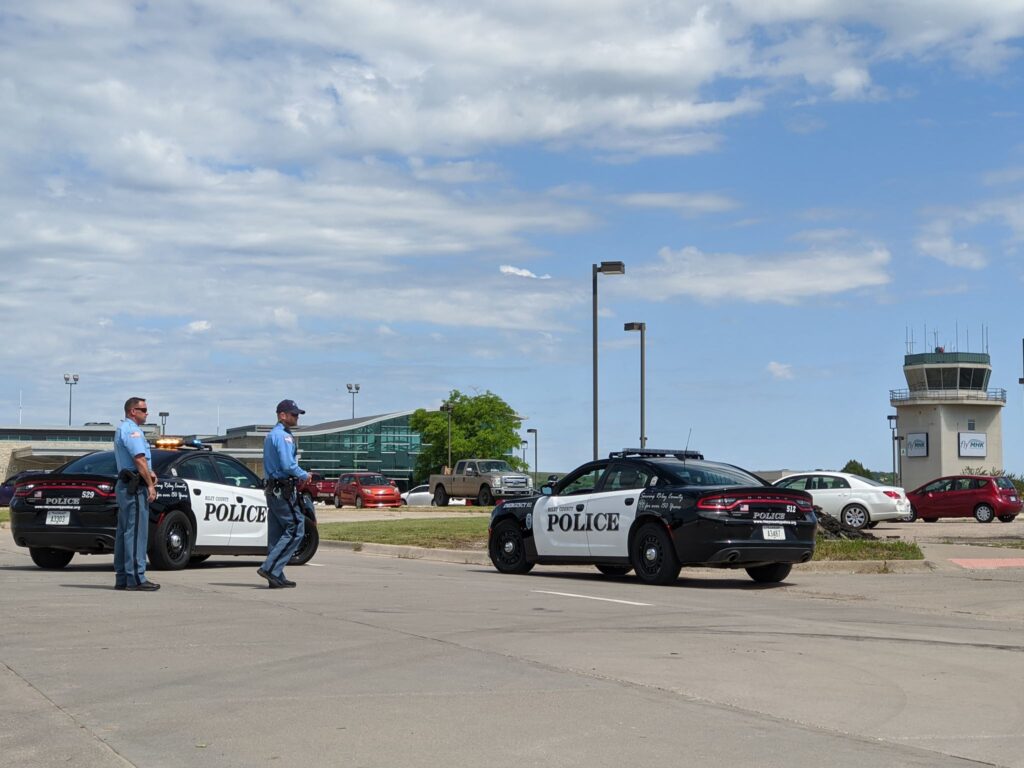 The Manhattan Regional Airport was given the all clear Friday after receiving a voicemail from a man claiming a bomb was located in the building.

The Riley County Police Department Bomb Team and Kansas Highway Patrol Hazardous Device Unit investigated the threat, which was called in shortly after 9:30 a.m. After sweeping the terminal and other parts of the building, authorities were able to clear the scene within three hours.

Police have not identified any suspects, but continue to investigate.