The annual Night to Shine is sponsored by the Tim Tebow foundation. Churches all over the world hold this event which is in it’s sixth year of existence. This was the first year the event was held in Manhattan. Attendees received limo rides, walked the red carpet and were cheered on by volunteers, K-State cheerleaders, and K-State athletes. UCC lead minister Barry Park was impressed by the turnout.

Barry all the volunteers 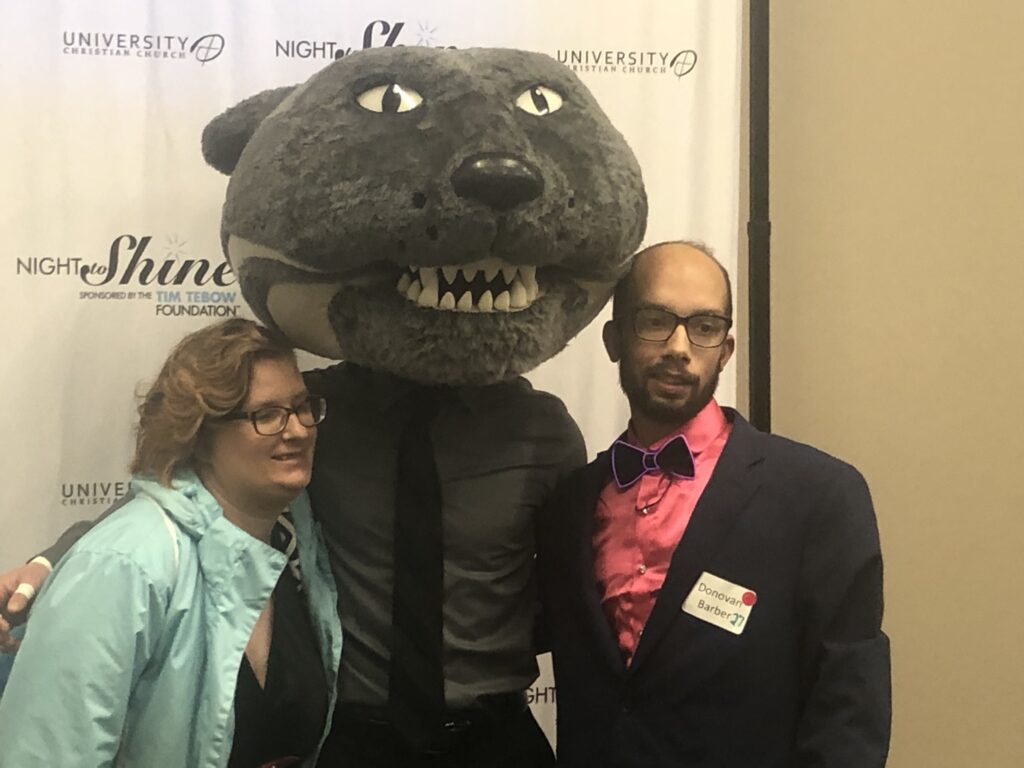 Prom goers pose with Willy the Wildcat at UCC. (Photo by Derek Darr/KMAN)

Parents and caregivers were also treated with a meal and massages at the prom. Prom goers sang karaoke and danced the night away with volunteers at the dance. At the end of the night a special message from Tim Tebow announced that all the special needs attendees were awarded prom king and queen.

Pastor Park says he was happy to see a group that is sometimes forgotten get some well-deserved attention.

Barry Pushed to the side

For more information about the event go to https://www.timtebowfoundation.org/ministries/night-to-shine

(All photos below by Derek Darr/KMAN)