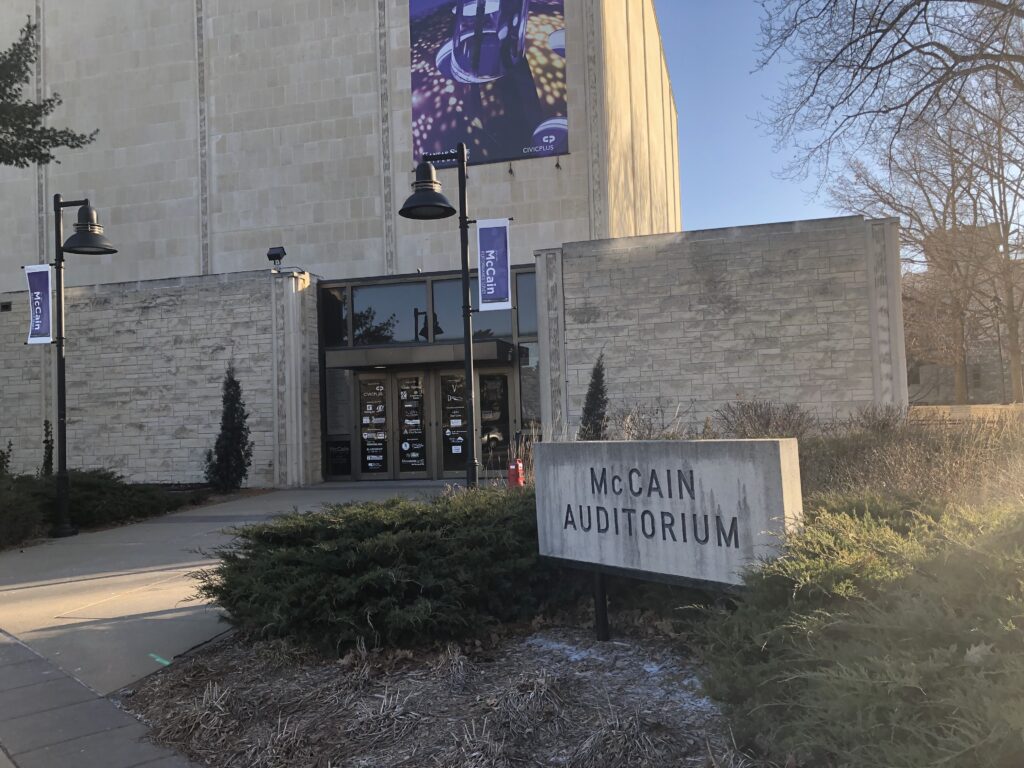 There will be no shows this fall at McCain Auditorium.

The McCain Performance Series at Kansas State University is canceling plans for a full subscription series in the fall. The decision was made with the safety of students, staff, volunteers, patrons and artists in mind. Director Todd Holmberg says the decision was a heartbreaking one to make.

“Ultimately, the guiding principle in this decision was the safety of the campus and community. The decision was also predicated on the fact that several scheduled artists and attractions were canceling their own plans to tour until at least January 2021,” he said.

The performance series was scheduled to be announced in early June with single ticket sales to begin in August.
The schedule had included 14 major events, two of which were rescheduled from April “Piff the Magic Dragon” and “Kool & the Gang,” which are now postponed indefinitely. Those who purchased tickets are being notified of their options of donating the value of their tickets to McCain, obtaining a gift certificate to be used in the future, or receiving a refund. Ticket holders for those two shows should contact McCain Auditorium via email at mccain@k-state.edu with their preference by Aug. 31.
Holmberg says not having a fall performance series, puts the facility in a challenging economic situation, as the series is not financially supported by the university or the state of Kansas.
“But we do have a plan. With potentially no ticket income, we hope to weather the storm with our emergency cash reserves that were funded through private donations and to rely on the generosity of current and future McCain donors,” he said.
There could be some one-off events on the horizon, as Holmberg says they are exploring other options for the fall.
We are also discussing internally some alternate one-off events that might be considerably smaller in scale or occur outdoors or virtually. We will have to be creative with our event planning and fundraising, but I am optimistic that McCain will emerge stronger on the other side.”
McCain is working on rescheduling as many fall 2020 shows to fall 2021 as possible. No plans have been made at this time to cancel spring semester shows, which also have not been announced.
Share. Twitter Facebook Google+ Pinterest LinkedIn Tumblr Email