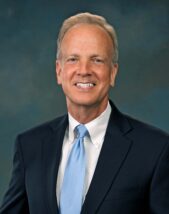 “When we brag about Fort Riley to the Department of Defense, to the Army, when we seek new opportunities for, for example, we continue to advocate for an additional brigade at Fort Riley, the infrastructure, schools, hospitals, housing, those things are hugely important in our ability to attract the Army to maintain and expand at Fort Riley,” he said.

Moran spoke about the grant during an interview Tuesday on the KMAN Morning Show. USD 475 Geary County Schools announced the grant had been awarded Monday. The district has four elementary schools on the military post as well as a middle school.

The grant, which USD 475 applied for and was awarded Monday, will provide 80 percent of the $30 million project from the Office of Local Defense Community Cooperation to replace Jefferson Elementary with a new facility. Moran says the Department of Defense has certain criteria for modernizing schools on military posts, similar to what was seen two years ago upon the completion of Seitz Elementary.

“It came about, in part because the secretary of defense came to Kansas and while I lobbied him, he met with families, mothers and fathers of children at Fort Riley. My view is that parents were the most successful advocate,” he said.

Jefferson Elementary will be demolished sometime in late summer, with construction on the new school expected before the end of the year. It’s anticipated to take nearly two years to complete the project.