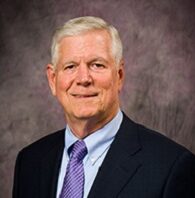 Early enrollment numbers from Kansas State University show about 3 to 4 percent decline in head count and student credit hours.
Speaking to the Kansas Board of Regents Thursday, K-State President Richard Myers suggested those numbers will likely improve in the coming months.
“A lot of that are international students who did not come back to campus or didn’t come to campus as freshmen. We are expecting because of work done on the visa front that the number of international students will pick up in the spring semester,” he said.
The Polytechnic campus in Salina saw a 3.3 percent increase in head count while the Global Campus saw about a 12 percent increase. Final numbers will be released later this fall.
Myers also shared details on the number of students attending classes in person versus remotely.
“Roughly 60 percent is either in person or in some sort of hybrid mode and then 34 percent is online. There is a category where 4 percent is special doctorate work that is done a lot online as well,” he said.
In the week ending Sept. 4, according to its online dashboard, K-State had 195 positive COVID-19 tests. There were 659 students in quarantine and 370 students in isolation.
Regents approve drop in out-of-state tuition rate for prospective Missouri students
The Board of Regents Thursday also approved K-State’s request to charge a reduced tuition rate to prospective students coming from Missouri.
Starting in 2021, Missouri residents will be charged the same in-state tuition rate as Kansas residents. Myers says doing so is part of K-State’s strategic enrollment management plan to increase out of state student numbers from 17 to 18 percent, up to 20 percent by 2025.
“Missouri is a high potential market for us. In terms of alumni in the United States, it’s the second largest number of alumni and friends, following Kansas. Applications have been up from Missouri students but admits are down and it appears from the data is because the tuition differentiates,” he said.
K-State has been increasing efforts to recruit out of state, due to diminishing numbers of Kansas high school students opting for a 4-year degree. Myers says the financial impact to net tuition revenues will be neutral to positive.
“If we get just 24 students we’ll break even. If we get 39 it will be a plus of about $100,000 to $200,000. We think we can afford to take this chance and we think it makes sense with a state next door where we already have a big presence in terms of alumni and friends,” he said.
In state tuition for Kansas residents is about $312 per credit hour ($10,440/year), compared to $829 per credit hour for the out of state rate ($26,316/year).
Share. Twitter Facebook Google+ Pinterest LinkedIn Tumblr Email