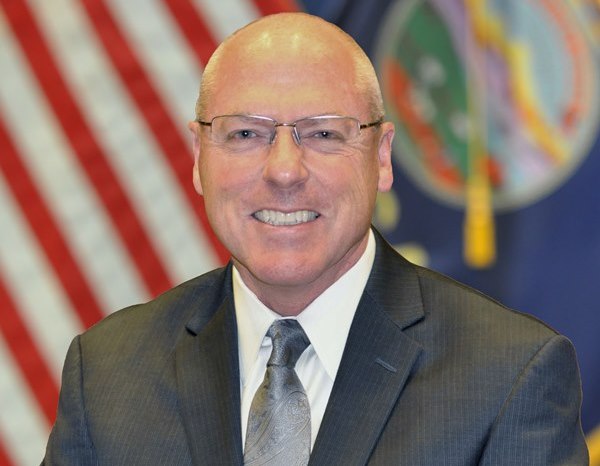 MANHATTAN — New Riley County Police Department Director Dennis Butler has been busy in his first two months getting familiarized with people in the community.
The new director replaced Brad Schoen, who retired in December. Butler draws on close to 40 years of law enforcement experience including time in Alexandria, Virginia and Ottawa, Kansas. Speaking on KMAN’s In Focus for the first time Friday, Butler described his philosophy as a leader in the department.
Dennis 2-a
Butler says working for a consolidated police department wasn’t unfamiliar territory for him, having worked for a consolidated police department in Virginia. He says the roles were a little different as there also was a county sheriff’s department.
Dennis 1-a
Part of his mission going forward in the department is a focus on community policing and increasing engagement between officers and the public. Butler says he’s done a lot of listening in his first two months on the job as he works to improve efficiencies in the department.
Dennis 3

Butler says prior to coming to Manhattan, he had considered retirement at the end of 2020. But he says he had a change of heart after being approached specifically for this job.