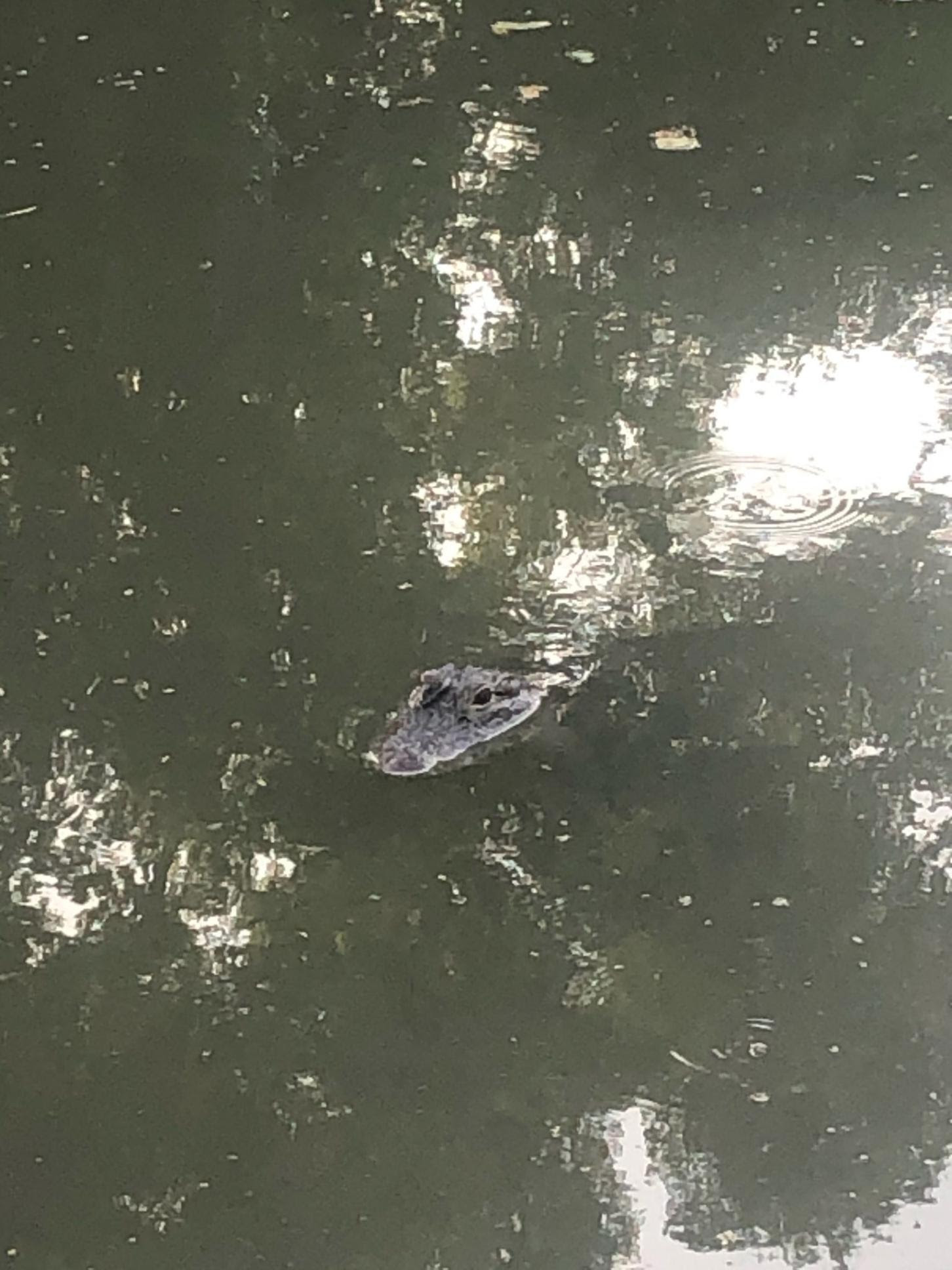 This alligator was spotted in Wildcat Creek Wednesday evening and will be allowed to remain there for now. (Photo courtesy of the City of Manhattan.)

Officials will not attempt to capture an alligator that was seen in the Wildcat Creek and Linear Trail area Wednesday evening.

According to a City of Manhattan release, the Kansas Department of Wildlife and Parks has been contacted by animal control to determine how to approach the situation

Officials do not believe the alligator poses a threat to the public, but anyone in the area is still advised to be cautious.

“We really want people to remain on the trail,” Deb Watkins, the T. Russel Reitz Animal Shelter director, said. “There is no reason to go off the trail.”

Linear Trail is set to remain open to the public, but playing, swimming and wading in Wildcat Creek are not allowed. Caution signs are currently set up in the area.

The alligator involved in the most recent sighting is, according to Watkins, not one of the two that were stolen from Manhattan Reptile World in June.

This alligator is thought to be around 3-feet long while the two that were stolen were reportedly longer.

One of the two that were stolen died in a trap while the other is thought to still be alive.

As to where the latest one came from, Watkins believes this is nearly impossible to know.

“What does tend to happen is that people get them as babies and then they grow,” Watkins said. “As they grow, they don’t know what to do with them. Some speculation could have been that it was a college student’s alligator and when COVID happened, he had to go home. There’s just tons of speculation out there.”

According to Watkins, alligators in the wild in Kansas are unlikely to survive through the winter.

Further details will be reported as they become available.