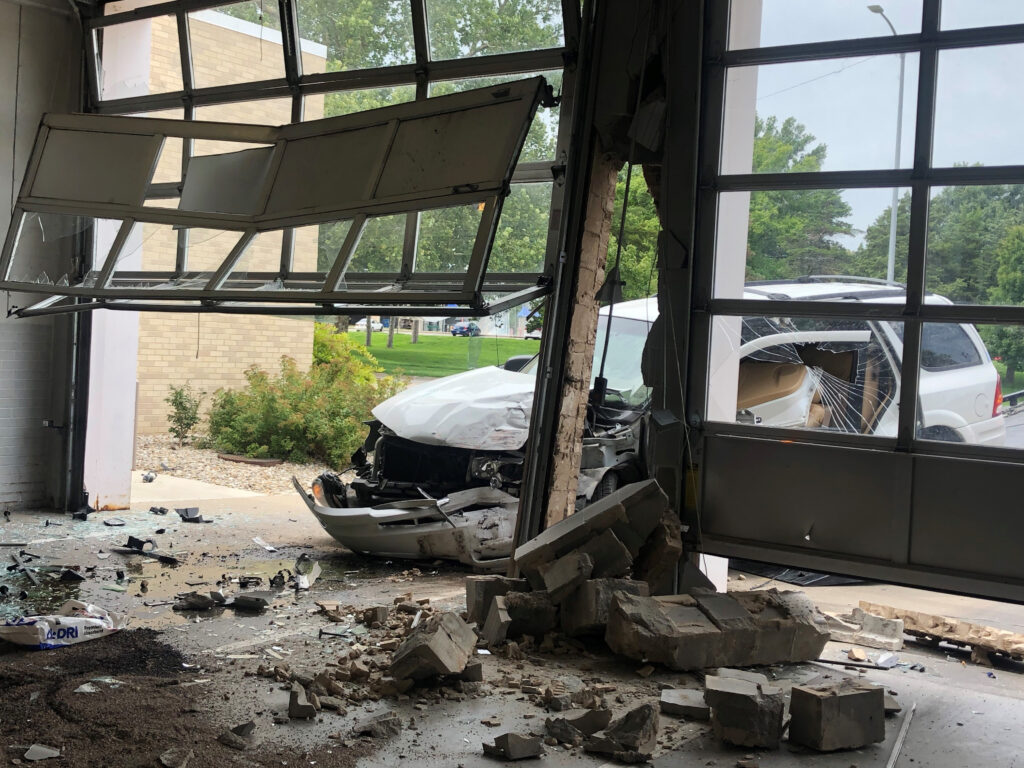 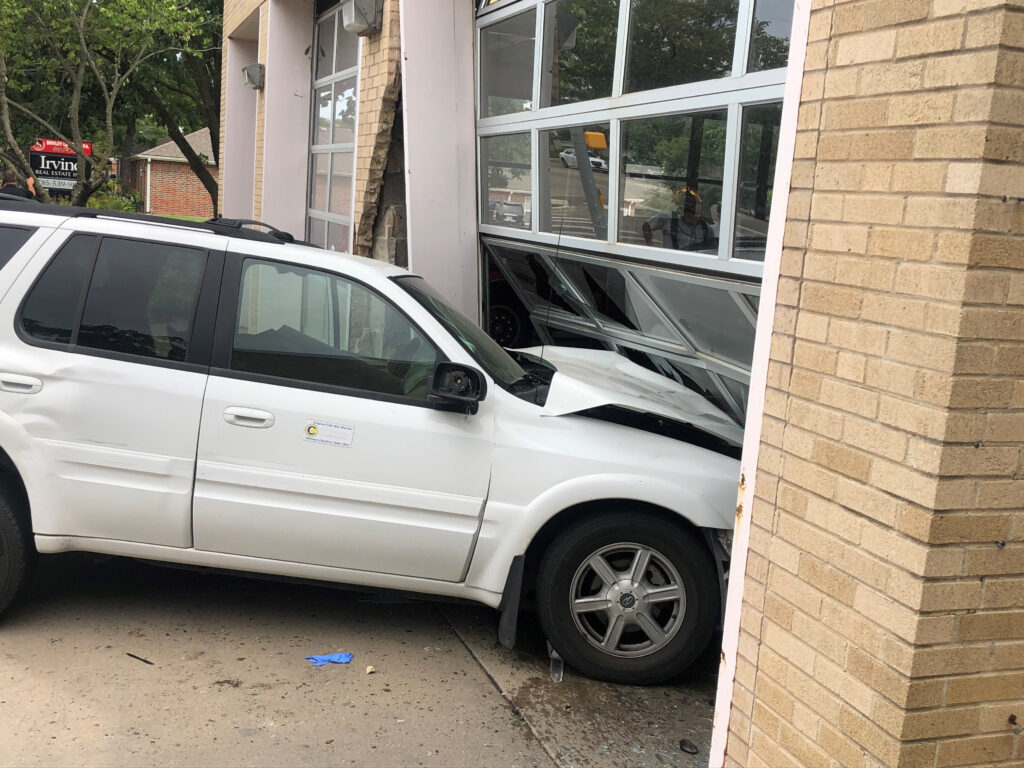 A 92-year-old Ogden man was injured Tuesday after crashing into the Manhattan Fire Department’s Firehouse No. 2, located in the City Hall building on Poyntz Ave.

Riley County Police say an SUV driven by Sam Zafran struck a Chevy Silverado driven by 42-year-old Craig Dechany of Manhattan around 3 p.m. Tuesday. Zafran’s vehicle then crashed into the west bay of the firehouse, causing significant structural damage. Zafran sustained major injuries and was transported to Ascension Via Christi, then transferred to Stormont Vail Hospital in Topeka. RCPD did not list any other injuries in a release Wednesday. It’s not clear what caused Zafran to crash.

Zafran had to be extricated from the vehicle following the crash by Riley County EMS personnel. The west bay normally houses an ambulance which was not in the station at the time of the crash. Temporary repairs were made until more permanent ones could be completed.

One person was injured Tuesday following a crash into the west bay of the Manhattan Fire Department’s Firehouse 2, located at the City Hall building on Poyntz Ave.

Crews heard the crash around 3 p.m. and located a passenger trapped inside the vehicle. The patient was eventually extricated by EMS personnel and transported to Ascension Via Christi. The extent of their injuries and a cause for the crash are pending from the Riley County Police Department, who is leading the investigation. One firefighter was in the truck room when the accident occurred but was not injured.

The west bay normally houses a Riley County EMS ambulance, but it was out of the station at the time of the accident, according to the fire department.

The firehouse sustained structural damage and MFD personnel have made temporary repairs to ensure it is safe until permanent repairs can be made. Old Engine 1 was moved out of the firehouse to allow the ambulance to still respond out of the station. The apparatus where MFD Quint 2 is housed was not affected.