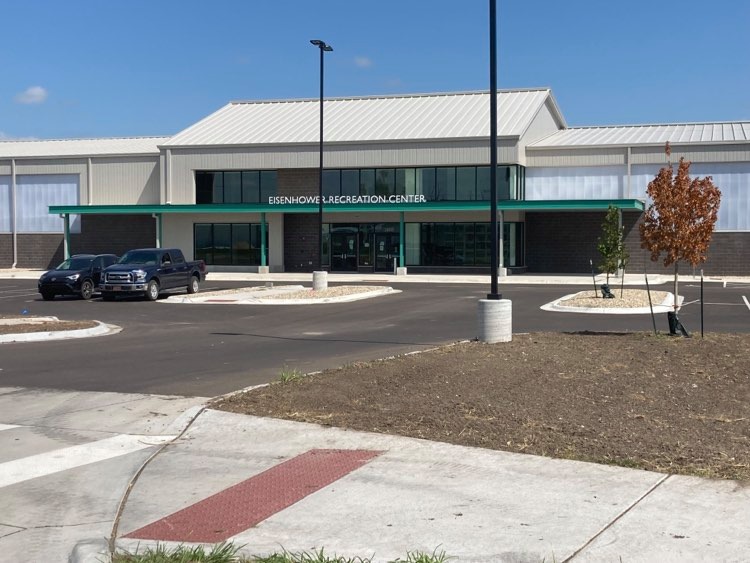 Recreation Director Randi Clifford, says over the past few weeks the department has been ironing out its staffing needs for the Eisenhower Rec Center. He told Parks Advisory Board members this week the initial plans for a ribbon cutting and open house.

An official time hasn’t been confirmed for the ribbon cutting but Clifford says they hope to have that confirmed by the end of this week.

Parks & Rec Director Eddie Eastes says overall, the process of opening up three new facilities, including the Anthony Rec Center in May and the Douglass Rec Center last year, has been a mostly smooth process.

Both the Anthony and Eisenhower Recreation Centers have been open to middle school students for activities since the start of the new school year.

Attendance has been strong for the first three months at the Anthony Recreation Center.

After Manhattan Parks & Rec opened the facility in mid May, attendance has climbed each month. In June, nearly 2,975 residents used the facility. In July there were 3,236 users. In August. 3,477 people utilized the facility.

Data is being collected from each of the sites and will be used for city staff to gauge expenses of operating the facility and developing an eventual user fee for memberships. Currently, access to the facilities is free with sign ups available on the Parks and Rec website.

As for aquatics facilities, Clifford says over 94,000 people utilized the city’s waterparks at Manhattan City Park and in Northview. Those figures were strong especially since the city did not open the CiCo Park pool this past summer.

Clifford says pool staff deserve a ton of credit coming off a year in 2020 when pools faced a pandemic closure.

Clifford says he believes it was the right call to open just the two facilities, saying that opening all three would’ve likely stretched personnel too thin.