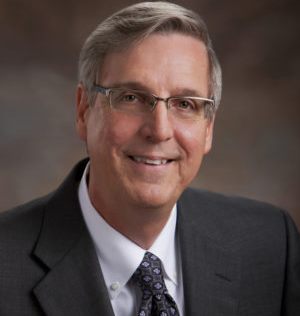 “There’s never a good time to let go of something you enjoy, but I just felt like if I wanted to write a new chapter in my life I have to close this one. I have still my energy level and my desire to continue to be engaged in the community and I just thought this would be a good time to let go,” he said.

Phillips says another reason he’s exiting is the shrinking amount of moderate voices in the Statehouse.

“That mode of operation in inside the Statehouse is not always valued. Political lines get drawn and you’re not supposed to think independently about what’s best for the state of Kansas. You’re simply supposed to follow the party line and that’s not my style, that’s not what I enjoy doing,” he said.

He says there are added pressures from progressive Democrats and far right Republicans that make moderates less effective in governing.

Phillips has represented the 67th District since 2012, replacing Susan Mosier after she resigned. He later won election to the House that year, subsequently winning re-election in 2014, 2016 and 2018.

Phillips says things he’s most proud of during his tenure include not voting for Gov. Brownback’s controversial tax cuts in his first year in office and his time vice-chairing the tax committee when the legislature re-wrote the tax code.

To date, there are no candidates that have filed in the 67th district. The filing deadline is June 1.

Getting back to work

Phillips did offer some insight as to what work will look like for legislators when they return to Topeka Thursday.

“We will be more or less isolated in our individual offices and will not be sitting on the House floor as 125 representatives,” he said.

Legislators will be called in by alphabetical order in platoons to take votes. Phillips says the measures are a good start, but says more could be done to ensure safety of each member. Phillips says he plans to wear a mask when he returns for work Thursday.

“I’m not sure what kind of legislation they’re coming up with, what they’ll propose, but I’ll be very cautious about trying to undermine the ability of our governor to issue executive orders during this pandemic,” he said.

Phillips says he understands the need to reopen the economy but also says it must be done cautiously and judiciously to prevent another shut down. In terms of the 2021 budget, he anticipates everything to be on the table for potential cuts, including education.

“Because I’m just anticipating significant revenue shortfall. I’m hoping we don’t have to cut education, including higher education, but realistically I’m thinking everything within the state budget is going to have to be cut in some fashion,” he said.

It’s unclear how deep cuts to K-12 education might look. It was just last year the legislature successfully began pumping an additional $90 million into state education.