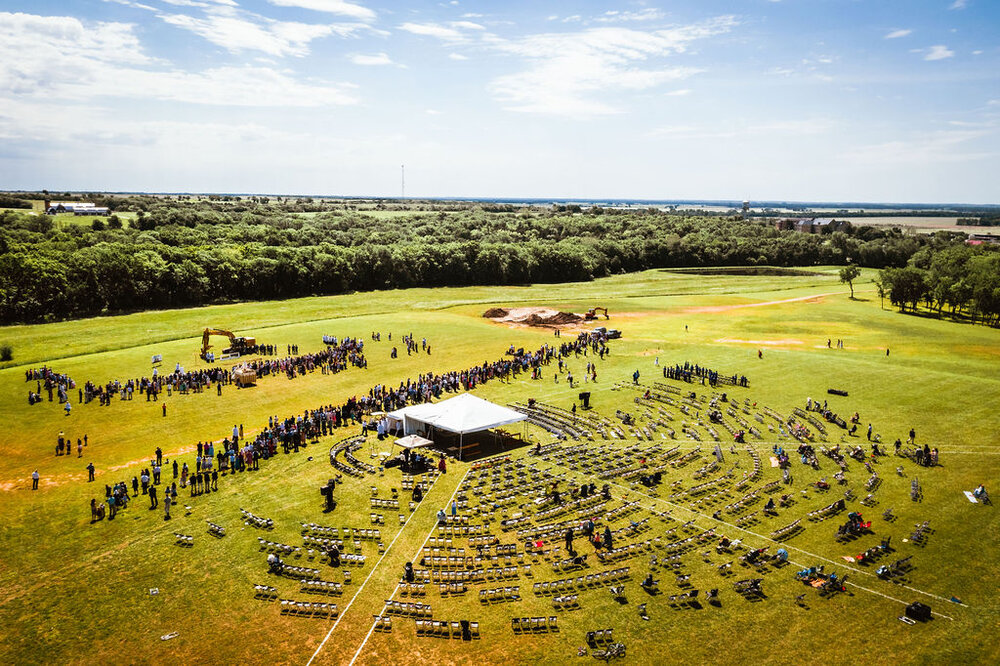 Earlier this year, a Catholic church community in southeastern Pottawatomie County broke ground on a new $30 million building for worship.

The Society of St. Pius X in St. Marys is constructing the new building it calls the Immaculata, which will hold more than 1,500 people and will be 12 stories tall, overlooking the small town. Pottawatomie County Economic Development Corporation Executive Director Jack Allston says his office is hoping to do an economic impact analysis on the project in the near future.

“We might have hundreds of people moving in to the St. Marys, Wamego, Rossville area and we have to be prepared for it. It’s going to require new housing, new development, new stores,” he said.

The church project is expected to take up to two years to construct. Allston says there are possibilities for public-private partnerships for housing in the area, citing a rural housing incentive district (RHID) happening in Olsburg that might serve a model for the St. Marys area.

“Dodge City has like nine or maybe more rural housing incentive districts, which act like TIF (tax increment financing) districts, except they’re for housing. All the specials or the assessments get billed in increments instead of paying for it all at once. We’d like to see that on the outskirts of St. Marys,” he said.

RHIDs provides cities and counties a program to assist developers to build housing in rural communities by assisting in the financing of public improvements.

As of June 30, fundraising for the new church cathedral was at $26.7 million of the $30 million goal.

An average of 4,000 people traditionally attend masses offered on weekends. The Society has been part of St. Marys since 1978.

To learn more about the Immaculata project visit the Society’s project website here.

Jack Allston was a guest on KMAN’s In Focus program Tuesday morning. The full interview can be found in the On Demand section at the top of the page. Allston’s discussion about the Immaculata project was in segment two.