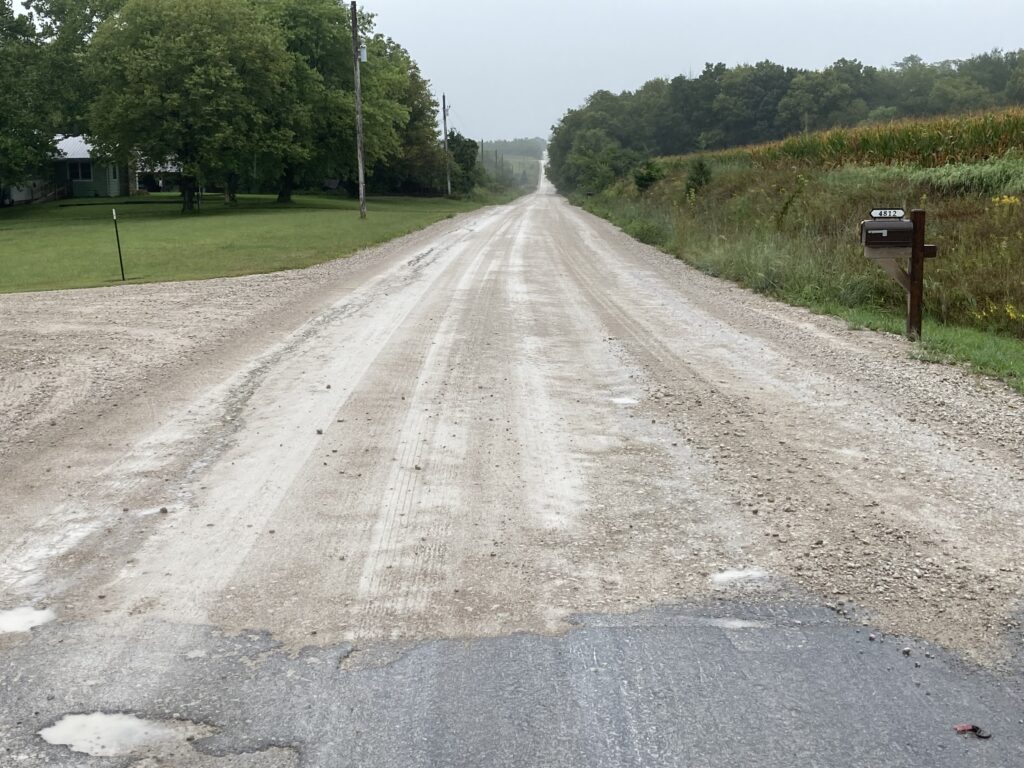 An image of Salzer Road looking north in this Sept. 4 KMAN file photo. The road is being considered by Pottawatomie County officials for future paving up to Elm Slough Road. (Brandon Peoples/KMAN)

A future paving project along Salzer Road near Wamego is on hold temporarily as Pottawatomie County officials work with area land owners to begin right-of-way acquisition discussions.
The county wants to pave a one mile stretch of Salzer from Say Road north to Elm Slough Road, the latter of which is also on the docket for future paving between Wamego and St. George. Commissioner Dee McKee said Aug. 30 she’d like to fund such projects utilizing some sort of benefit district.
0903-McKee 1

However, county counselor John Watt says current state law prohibits counties from doing so and likely would require a change in state law.

0902-Watt 1
Commissioners have directed county engineer Nathan Bergman to begin discussions with the dozen nearby landowners over right-of-way acquisitions.
0903-Bergman 1
Commissioner Pat Weixelman suggested at last week’s meeting that acquiring right-of-way before going out for design is the best course for the county. County Engineer Nathan Bergman suggested how that might best be accomplished.
0902-Bergman 1
Bergman is expected to report back to the commission with a potential plan at the Sept. 13 meeting. 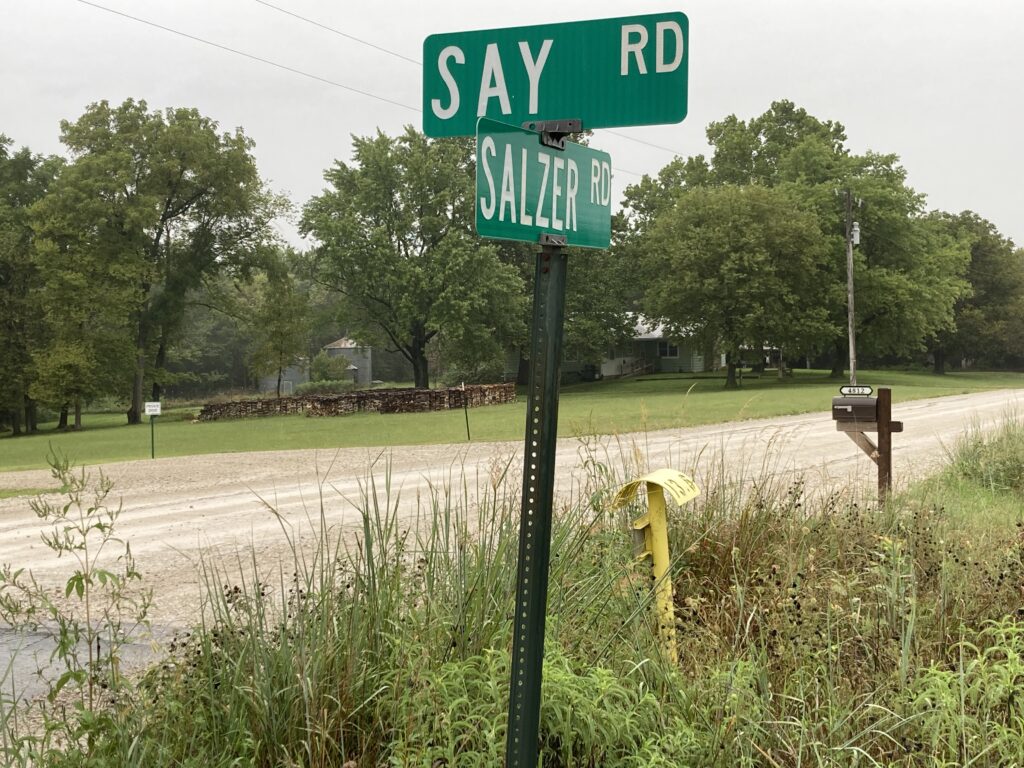 Salzer Road would be paved from the Say Road intersection (seen here) north approximately one mile to Elm Slough Road, if Pottawatomie County commissioners can come to an agreement on right-of-way acquisitions with nearby landowners. (Brandon Peoples/KMAN)